These mugshots of 1920’s criminals has been making the rounds on my social media feeds lately, and I just had to share. Beautifully photographed, well posed and composed, and featuring a cast of characters better dressed than any you’d see in the CBD today, these are surely more portraits than they are mugshots. 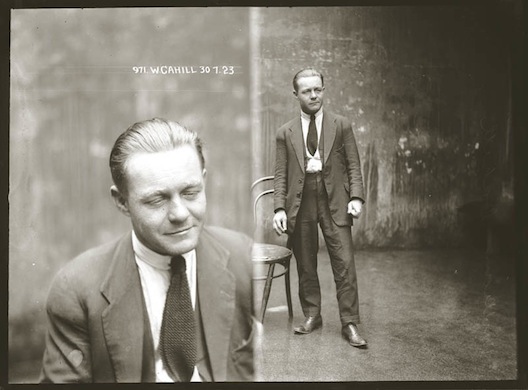 Of course, I’m especially drawn to the swirls of writing that frame some of the photos. 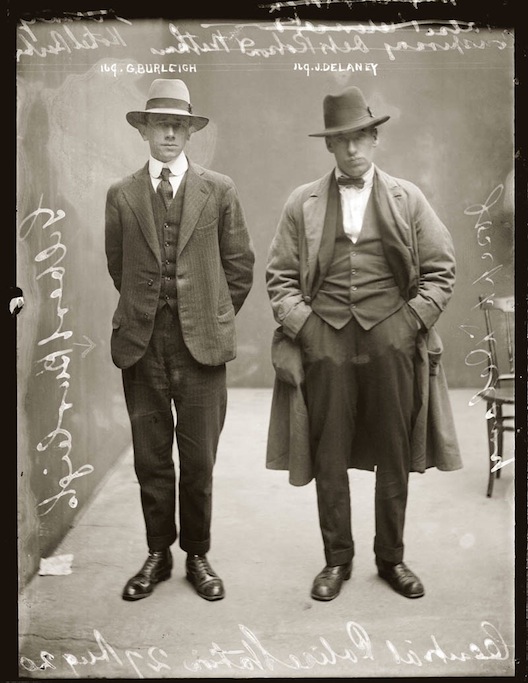 Calligraphy obsession aside, I also love the little inscriptions made between ruler lines of the subject’s name. This one even has a note from the police about how the man refused to open his eyes for the photograph! I think that’s what makes these mugshots so captivating: the realization that there is a humanity and grace to them that doesn’t exist in the justice system today. 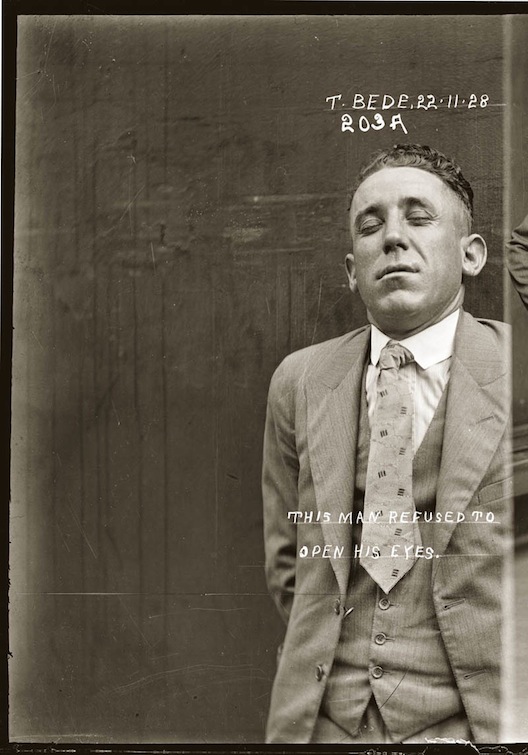 It goes without saying that the criminals of today don’t quite compare either. Just look at this guy working it for the camera. Now that’s a smooth criminal. 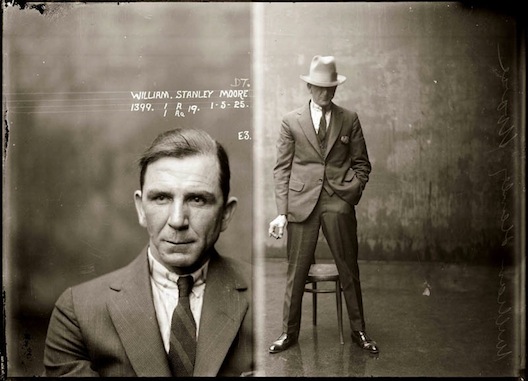 The rest of the photos in the series can be found here, and for the most part are accompanied with descriptions of the charges these dapper fellows were facing…one of which includes “throwing a missile”. Top that, 21st century thugs. 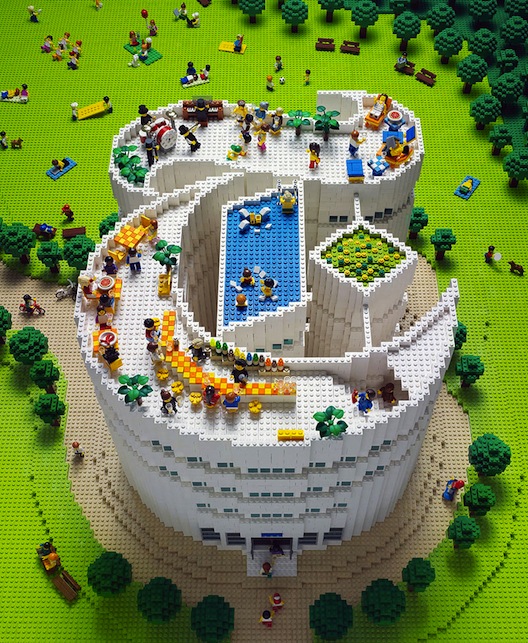 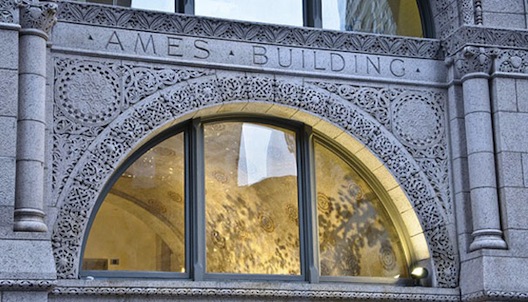 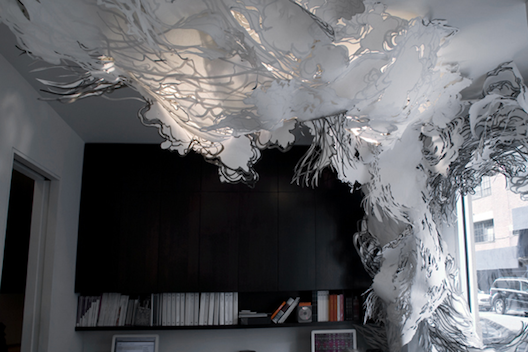 head in the clouds 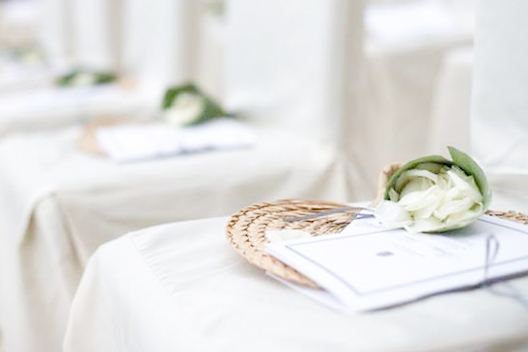 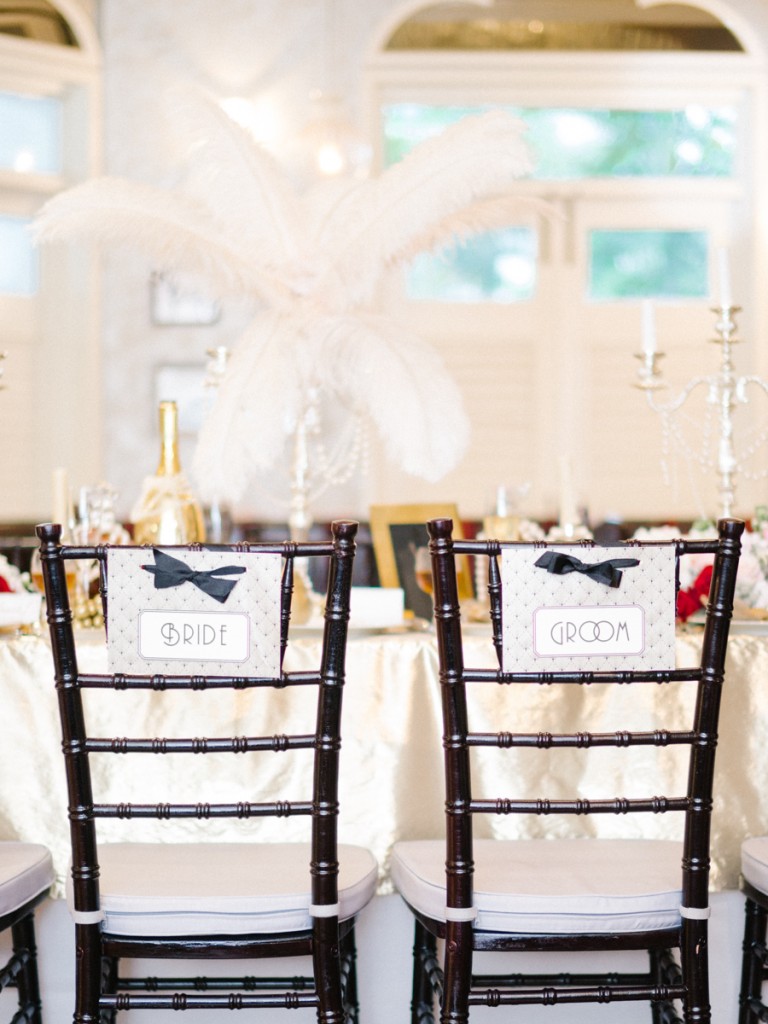