Pink and purple and taupe, oh my!

I’m not surprised that this limited edition quad sold out so fast, but it’s so pretty I wish it were part of SUQQU’s permanent collection so more people could enjoy it. I was only able to acquire mine through the generosity of another lovely blogger…who happened to catch them at Isetan Bangkok before they’d disappeared for good. 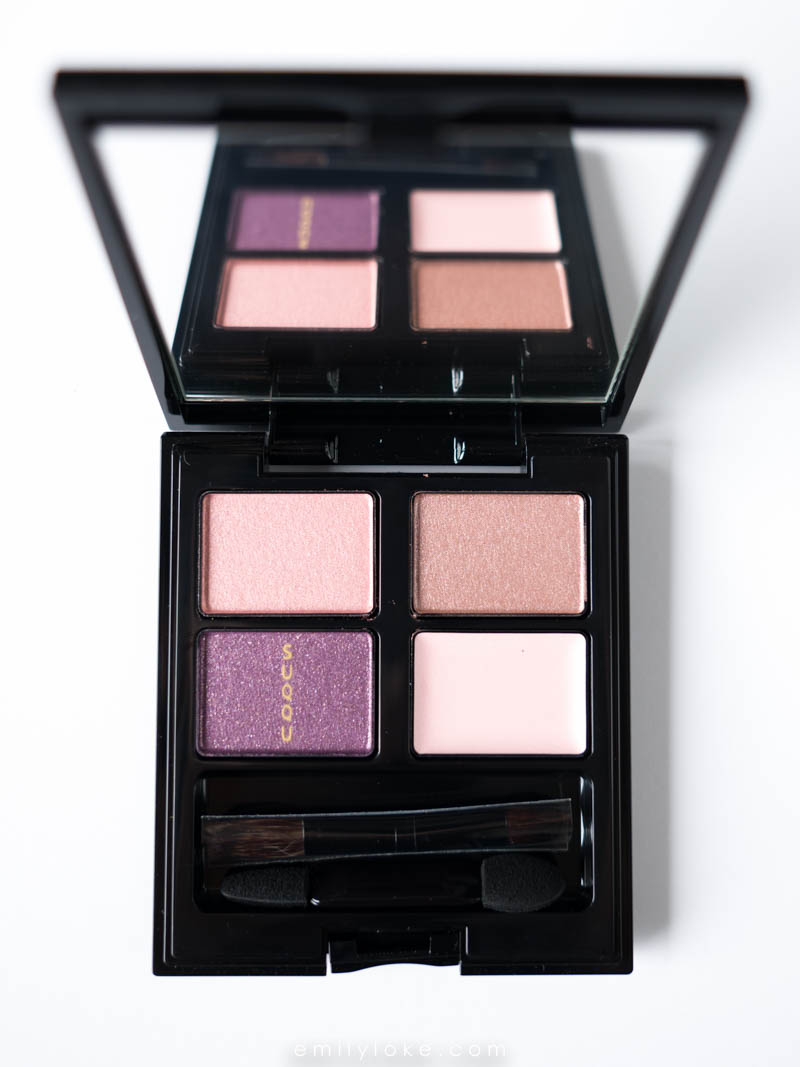 Hanashion is comprised of a pink shimmer, an iridescent rosy taupe shimmer, a glittery purple and a sheer pale pink satin. The last of those (bottom right in the quad) is a cream, while the others are all divinely complex powder shadows. 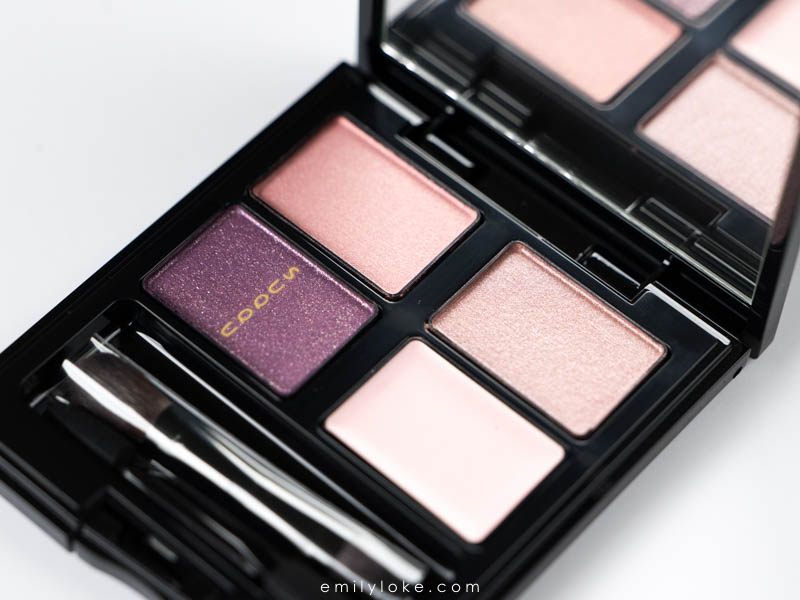 Though I’m usually not a fan of cream/powder combos in the same palette – cream pans are magnets for powder fallout – it doesn’t bother me much here because though the powder shadows are silky they don’t seem to kick up any dust at all. Plus, with all the traveling I do these days it would be silly to turn my nose up at a palette with a built-in primer. And a really, really good primer to boot: in spite of my oily lids, my shadow stayed flawless for 10+ hours.

This, by the way, was the locked-down look in question: 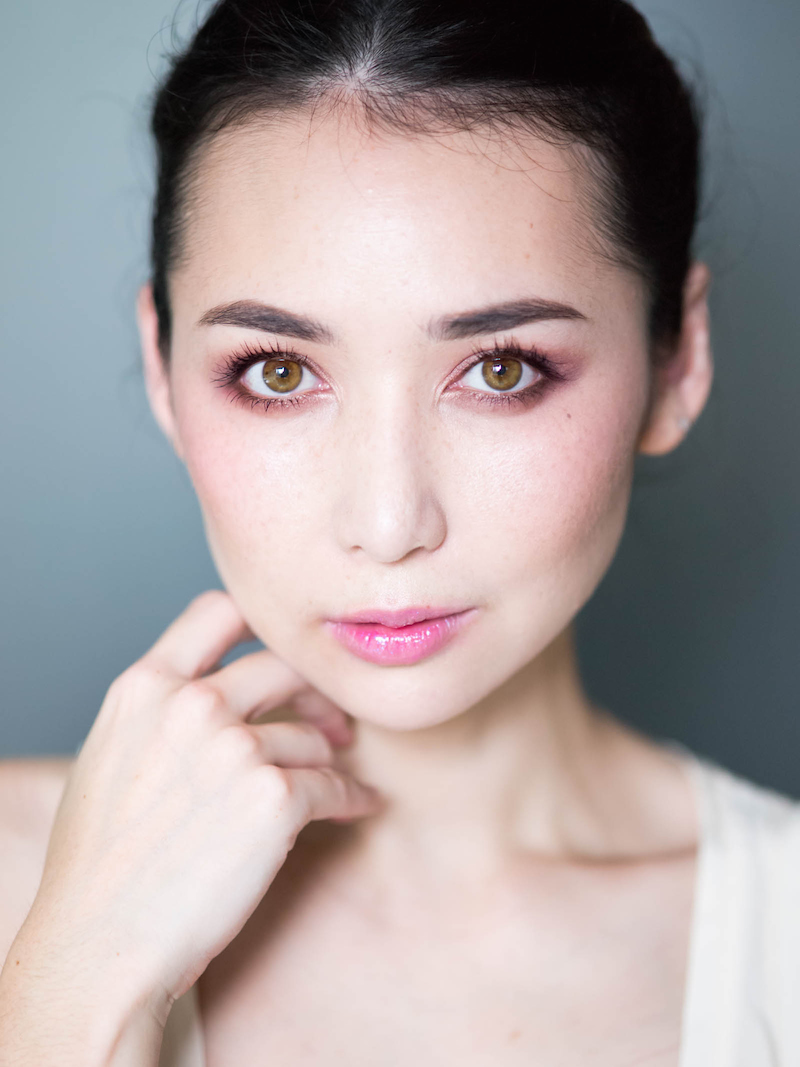 Because Hanashion is so unabashedly feminine, I brought my blush placement up very high to literally underscore all those lovely pink and purple hues. As much as I liked the effect, rubbing my blush brush into my lower lashes was a very strange sensation! For enquiring minds, I used NARS Gaiety topped with MAC Full of Joy to echo the pinky-purples of the quad. The glow you see (most evident in the last photo) is Becca Poured Shimmering Skin Perfector in Pearl.

Oddly enough, this quad had the strangest effect on my eye colour. Where my eyes normally shift between shades of golden hazel, they took on kind of a grey hue yesterday. Weird huh? No doubt it was the effect of a straight-up pink shadow – which I’d never worn to this intensity before – but Adam kept doing double takes and asking me if I was feeling alright. Uh, I just snagged a hard to find SUQQU quad. I’m feeling better than alright! 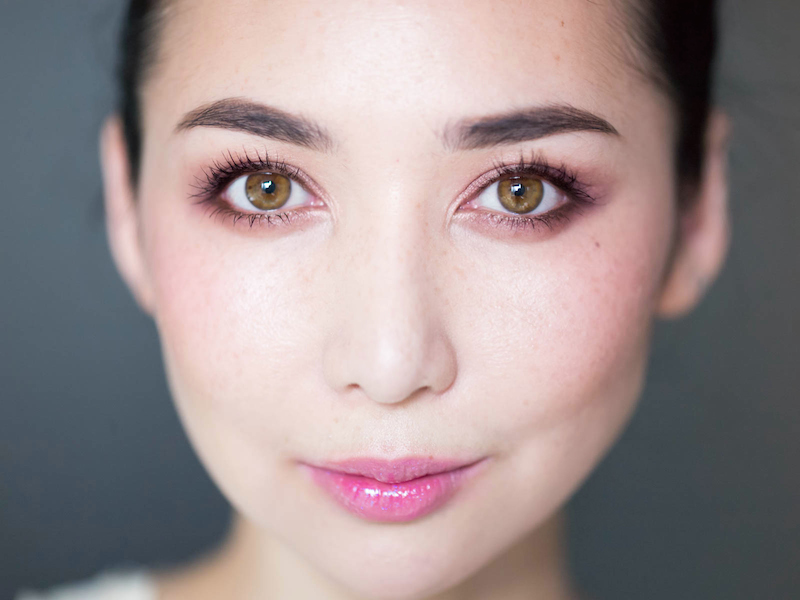 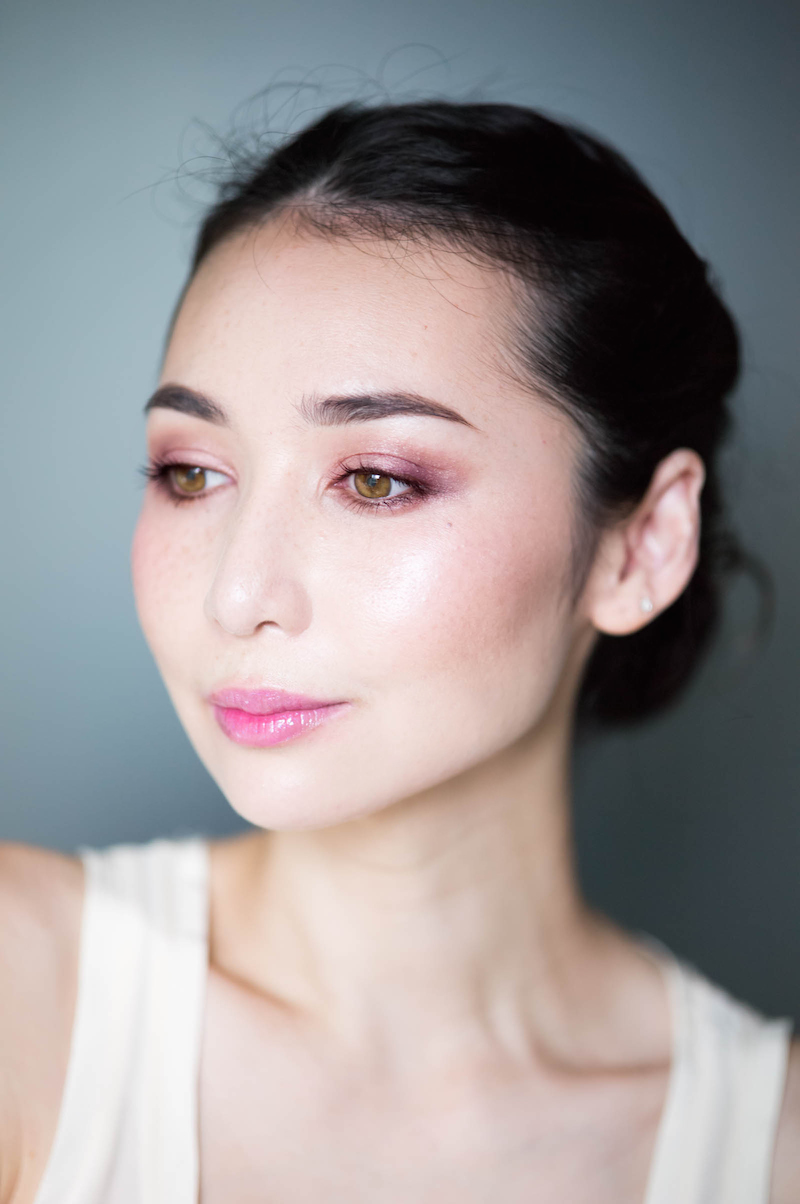 Though I seldom wear this much pink, I have to admit I’m quite besotted with these colours and already dreaming up more placements to try with them. As is, they’re perfect for the light and ethereal influence of spring but I have a hunch they’d also smoke out nicely with a bit of smudged eyeliner as a base. I guess I’ll just have to play around with it more and report back!