Ever since the collaboration between Urban Decay and Jean-Michel Basquiat’s estate was announced, I’ve been totally geeking out over this intersection of art and makeup, two major passions of mine.

Actually, Urban Decay isn’t the first makeup company to launch a Basquiat-inspired collection – in 2013, Addiction (a Japanese department store brand) released six eyeshadow quads that featured his artwork on the cases. The Addiction quads were really popular, but their price point, region-specific release and very restrained use of Basquiat’s art make me MUCH more excited about Urban Decay’s take.

I just love that the Urban Decay x Basquiat packaging is meant to look like they’ve taken a Basquiat painting and wrapped the canvas around makeup palettes. They even have hooks on them so they can be hung on the wall. I don’t expect many people to actually do this, but it’s still a very clever detail that tells me this collection was thoughtfully conceived and carefully executed. 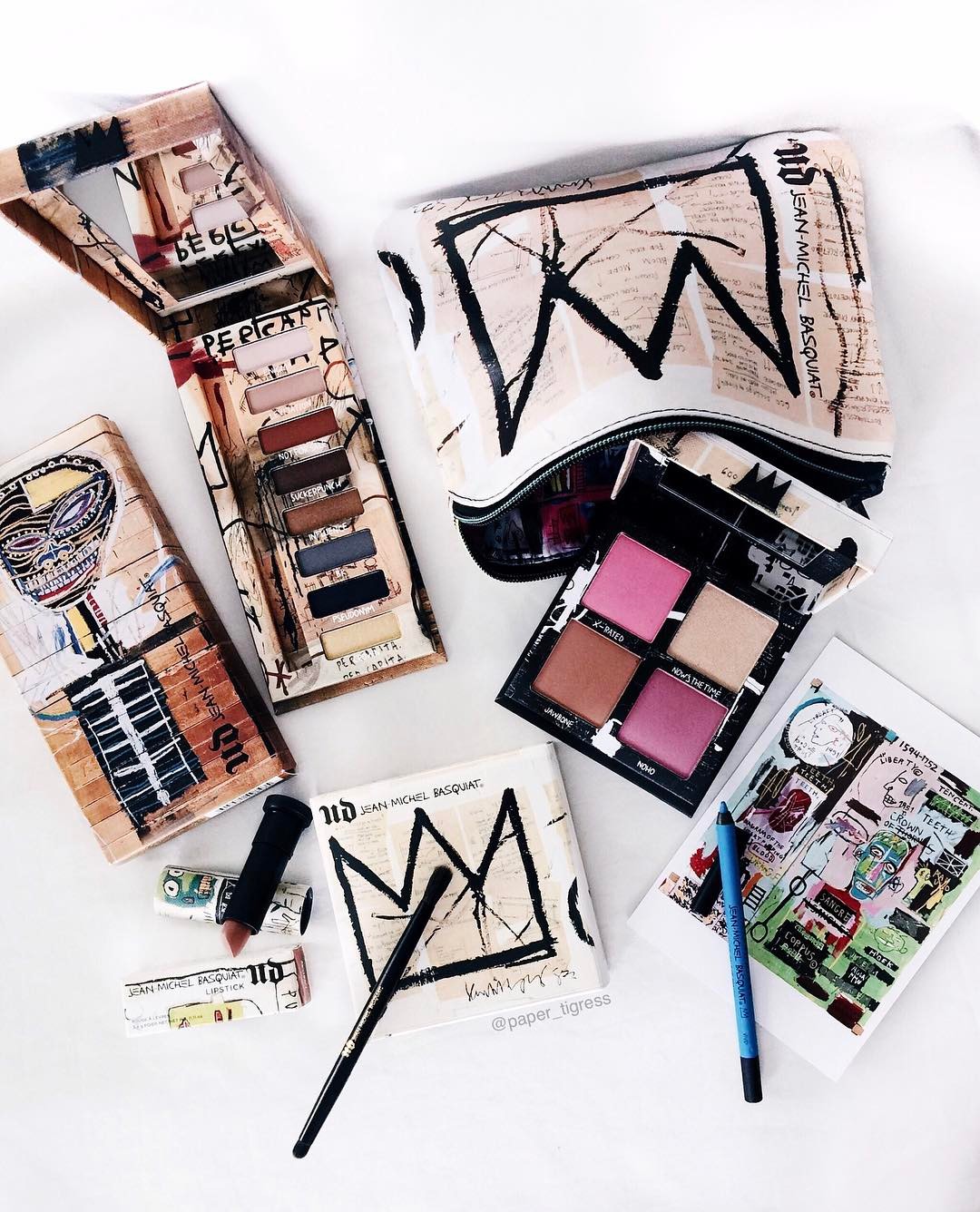 As promised, here are some swatches from the Gold Griot Eyeshadow Palette, Gallery Blush Palette and lipsticks.

The texture of the Gold Griot eyeshadows was excellent – much better than I was expecting, but that’s my fault for underestimating Urban Decay or perhaps not playing with my Naked palettes enough recently! The shimmers were buttery and the mattes were ultra pigmented. These were all done with just 1 swipe, and without primer.

The Gallery Blush Palette includes 2 blushes, a contour shade and a highlighter. I like that the palette includes a deep berry shade for darker skin tones (which also works just fine on ghosties like me). In terms of quality, these are on par with Urban Decay’s regular blush/highlighter formula: on the dry side of the powder spectrum, well pigmented yet smooth.

The lipsticks were also true to Urban Decay’s regular offerings and were very pigmented (single swipes here) and creamy. Note that Abstract and Epigram are satins, while Exhibition is a matte. 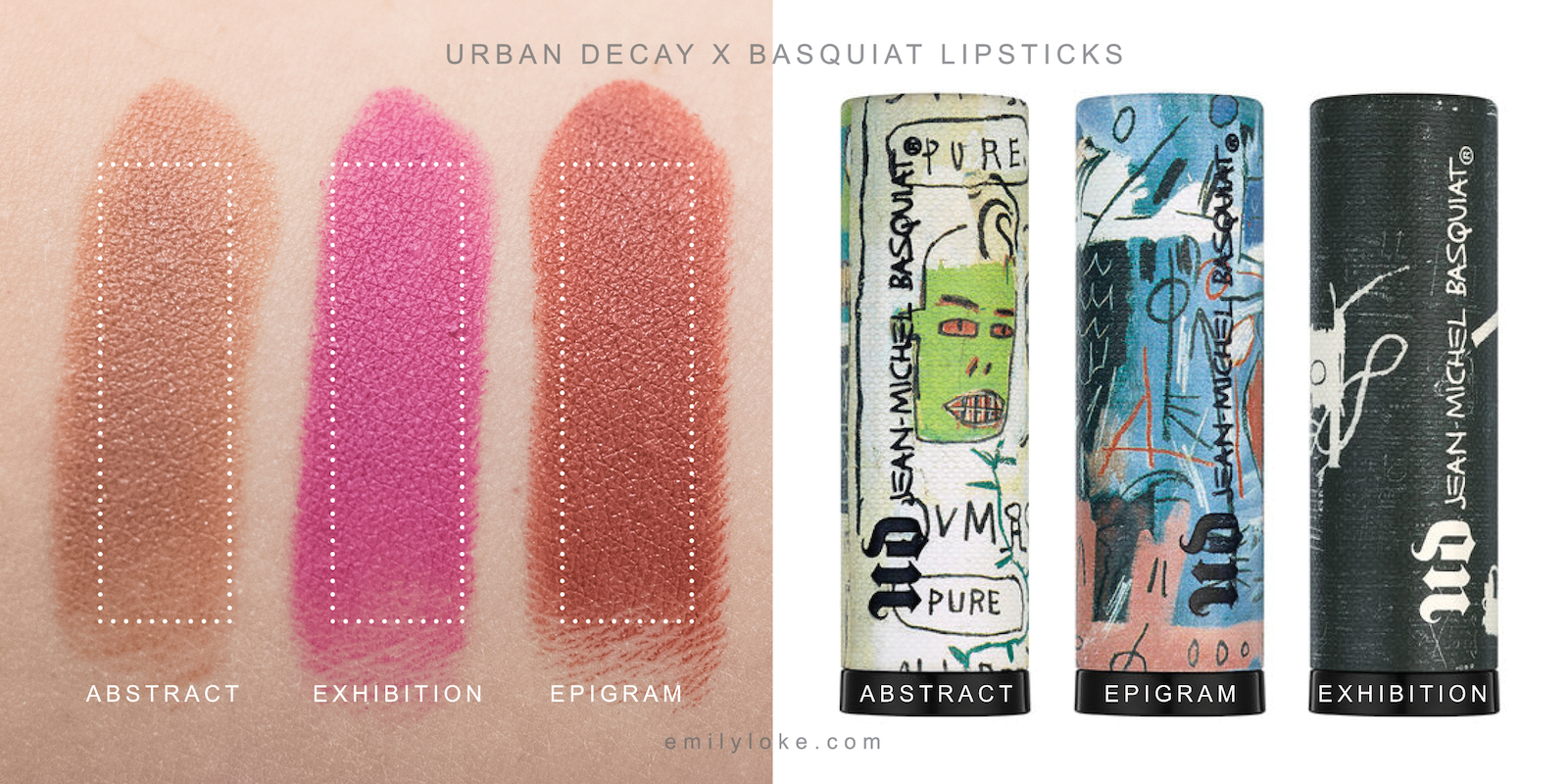 And just for good measure, here’s a FOTD I did with the Gold Griot and the Gallery Blush palettes. The lipstick in Abstract proved a touch too brown for the natural look I was going for, so I cheated and used Urban Decay’s Vice Lipstick in Backtalk instead. Side note: the Gold Griot palette actually reminds me a lot of NARS’ Loaded Eyeshadow Palette, so if you are looking for a fun alternative, this could be worth checking out. 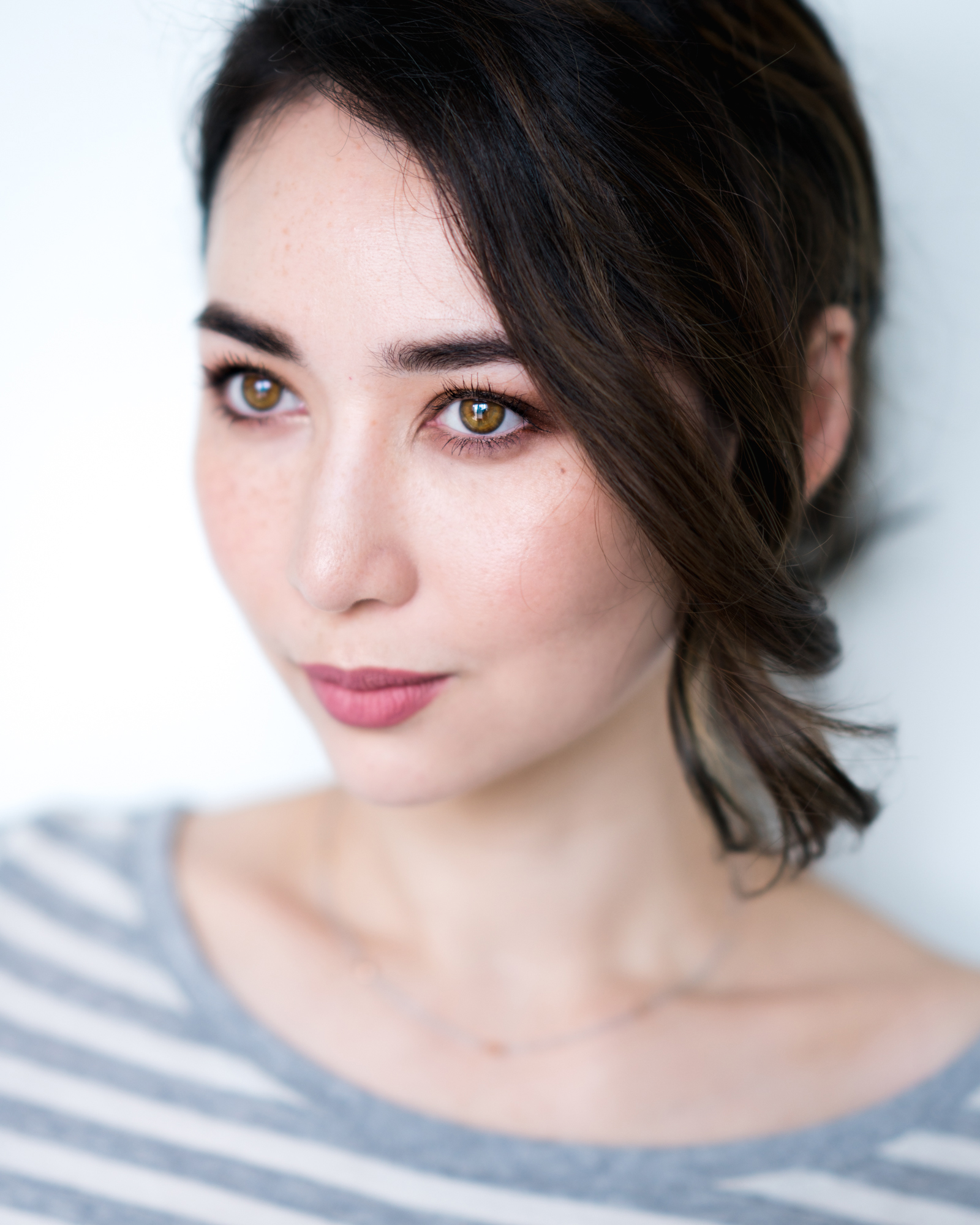 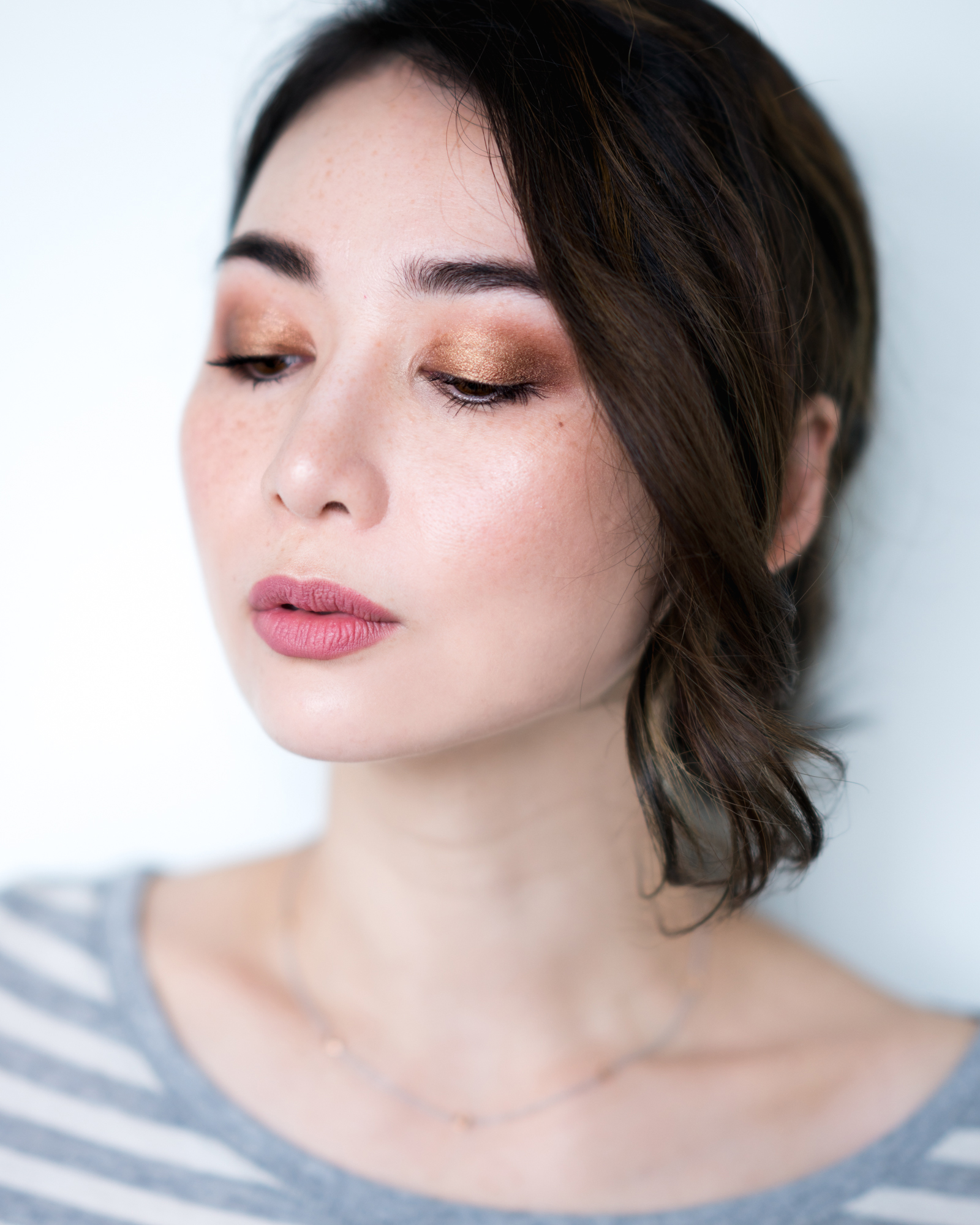 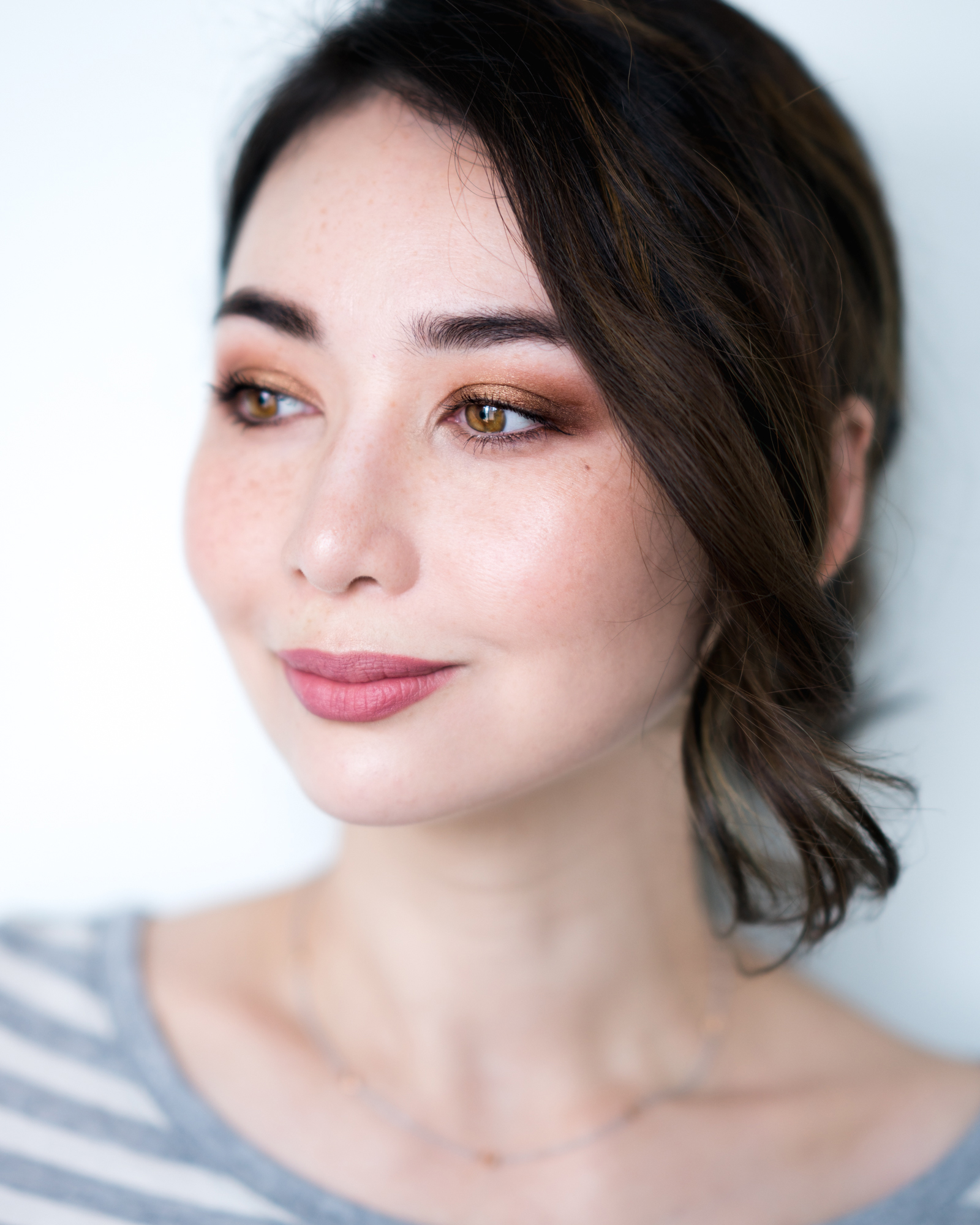