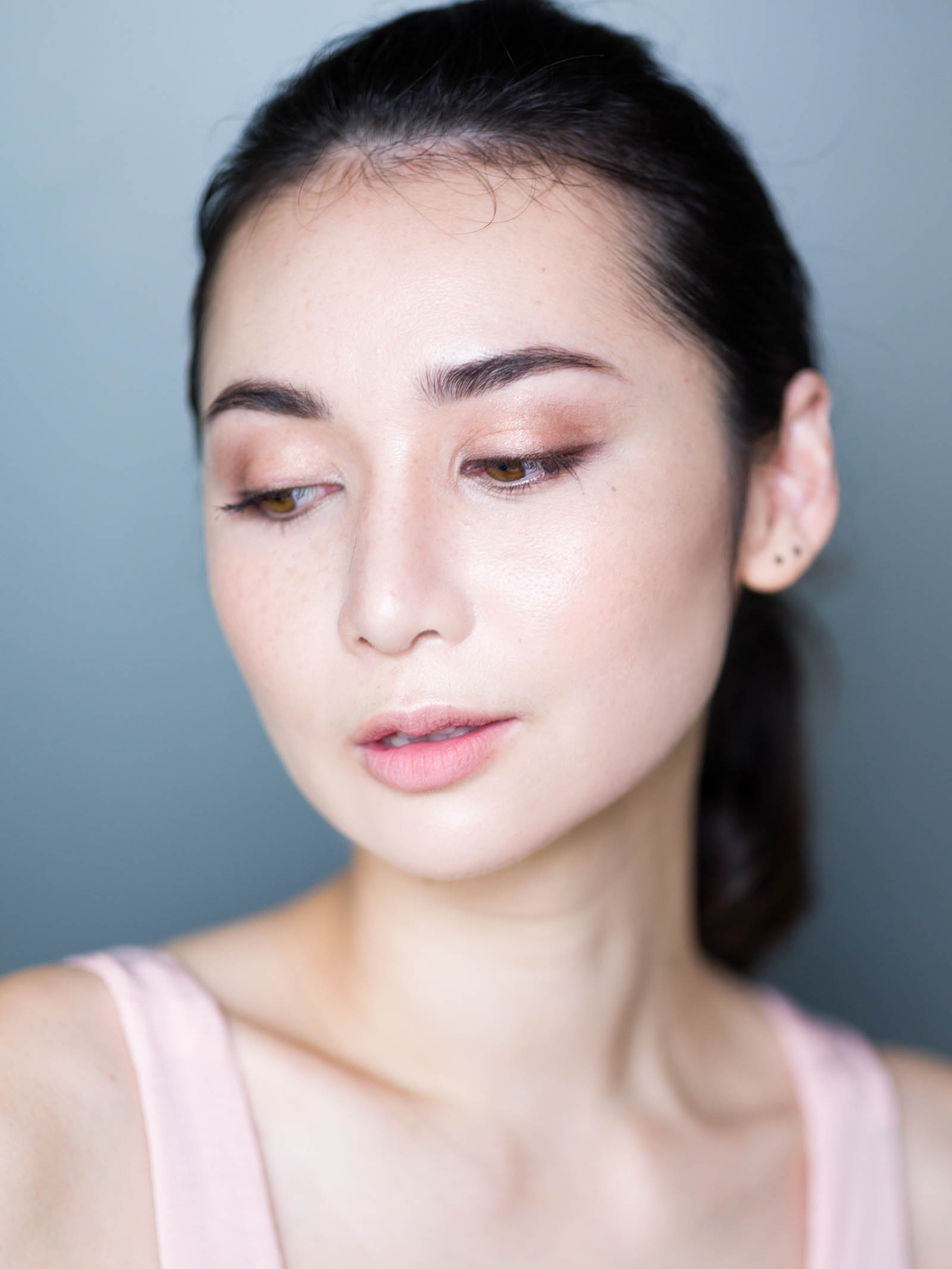 Suqqu’s spring collection was very romantically based on the colours of Tokyo in the spring. Having had the pleasure of being there myself this season, I can certainly see the inspiration: everything still cool and crisp, traces of snow still on the grass, the first pale spring buds on mostly-barren branches, that ethereal spring sunlight reflecting off temples and skyscrapers alike. 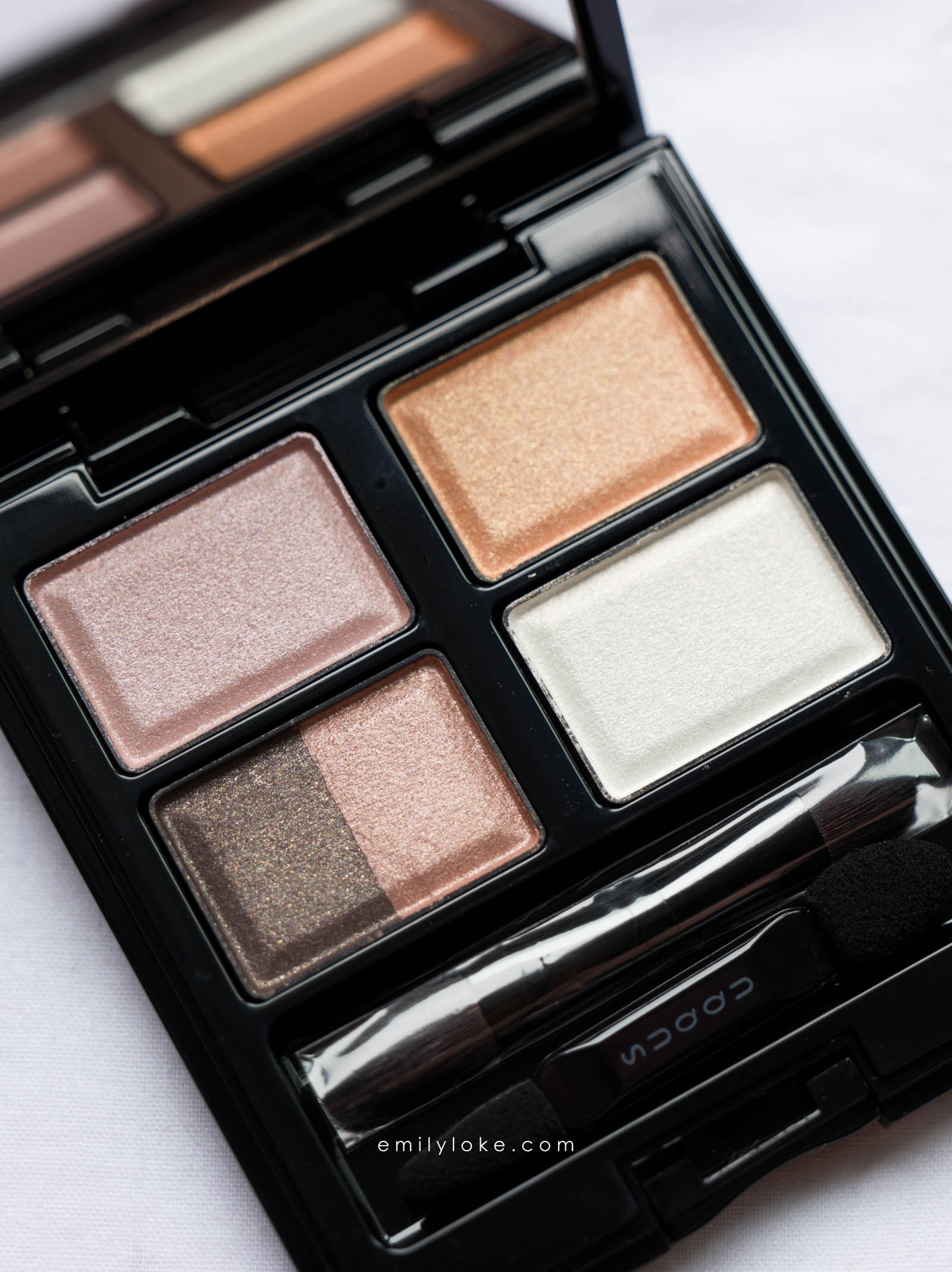 One of two eyeshadow quads launched in this collection, #22 Kikyoutsubomi is made up of 5 colours: a cool frosty pink, a golden peach, a white with a faint gold iridescence, and a split pan containing a gold-flecked brown and a warm rose gold. 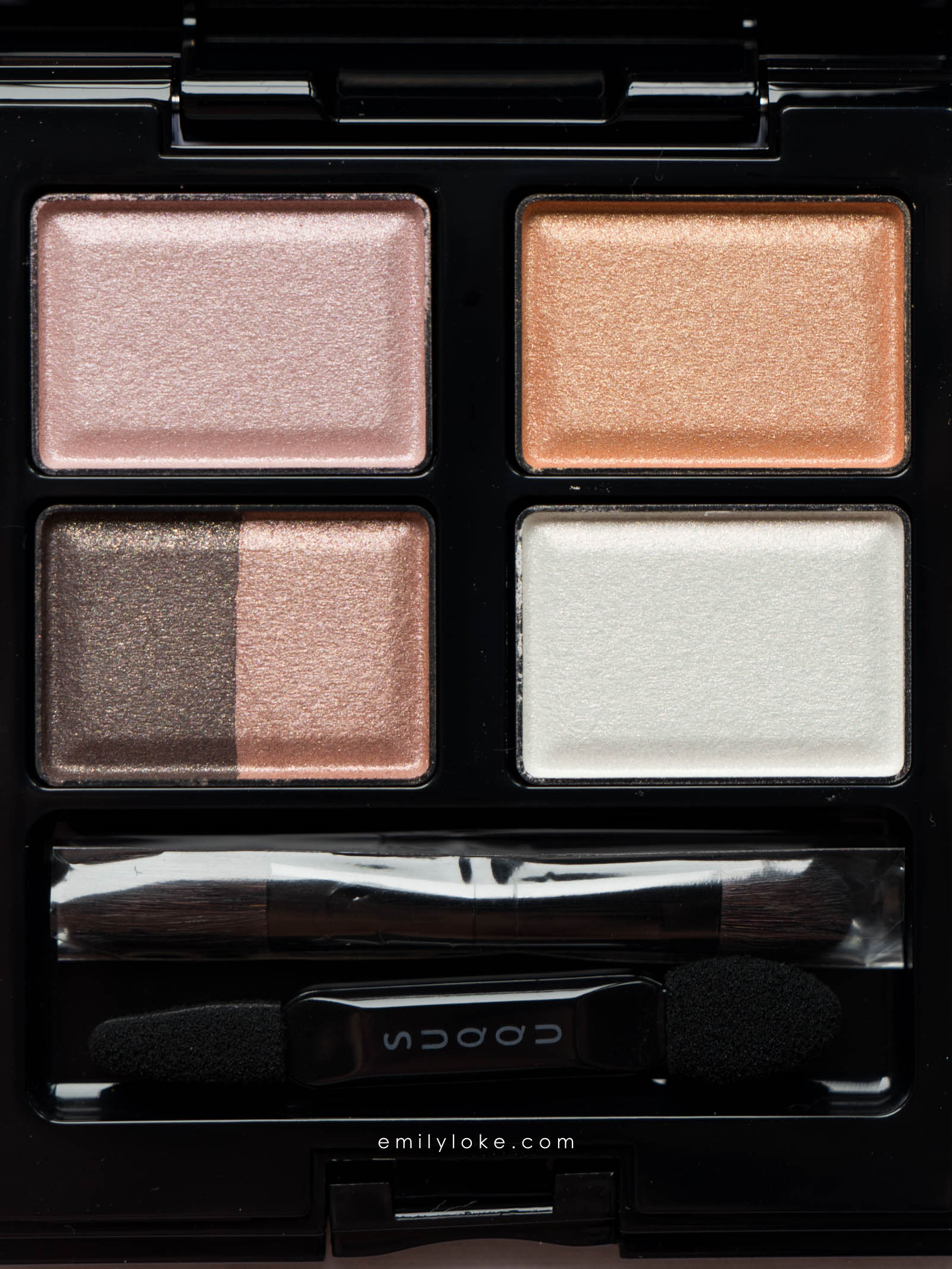 Mixed together, the shades in the split pan create a rich mauve with gold flecks.

This was the quad I chose for my SUQQU makeover when I was last in Tokyo, because I was immediately drawn to the idea of it being warmer than Ex-28 Kinshasuna and therefore more in line with my usual shade preferences. Having played with it a lot more since then, I’ve actually found it to be more complex than I gave it credit for in my initial assessment. It’s warm, yes, but in such a soft rosy-nude way that I think it would be quite wearable even for people who aren’t typically drawn to warm palettes.

In a nutshell, 22 Kikyoutsubomi is perfect for those no-makeup makeup days when you want to look like the most polished version of yourself. Think about it as the tinted moisturiser of eyeshadow quads – understated, but entirely necessary for creating a flawlessly (orchestrated) natural look. 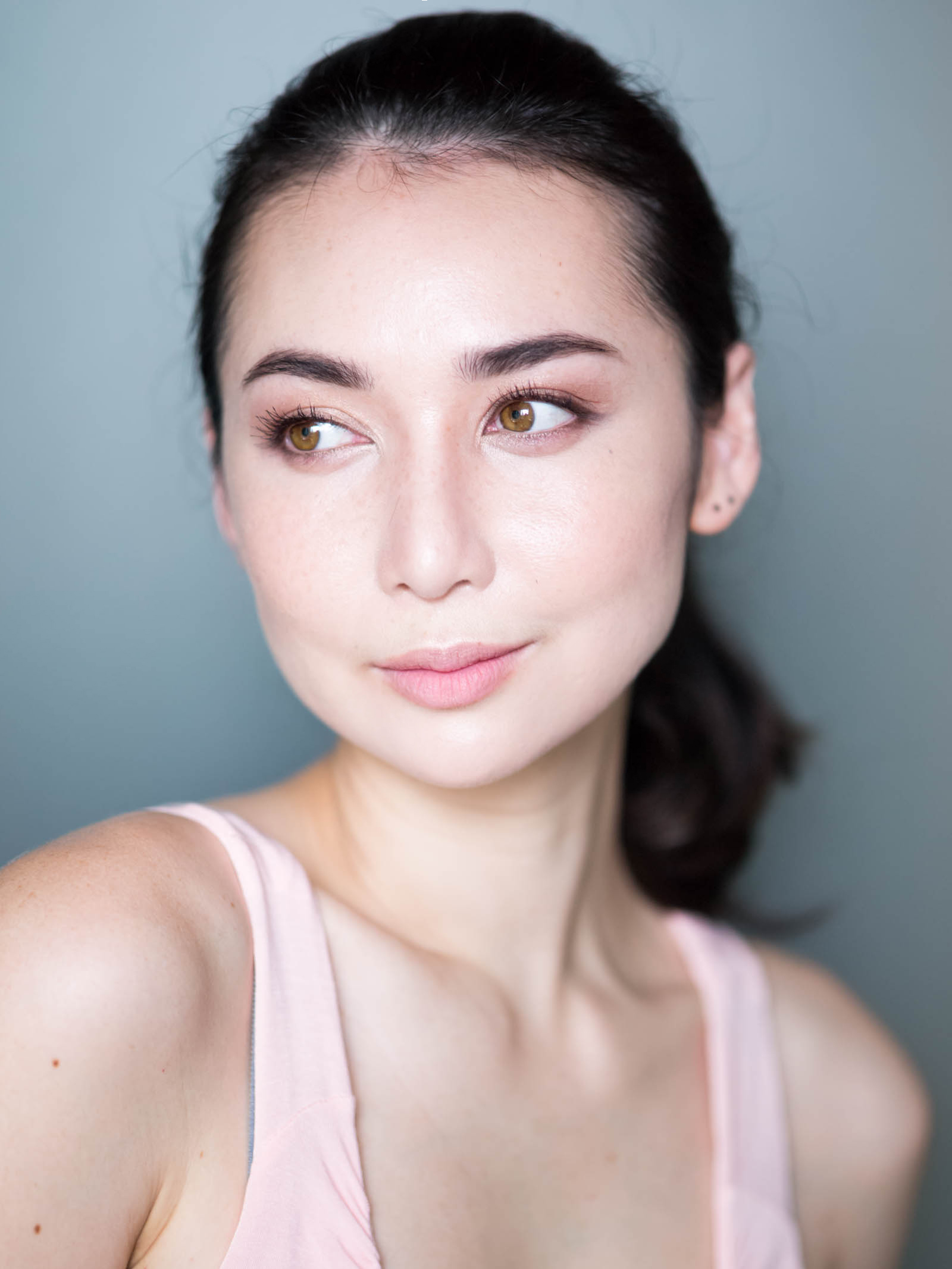 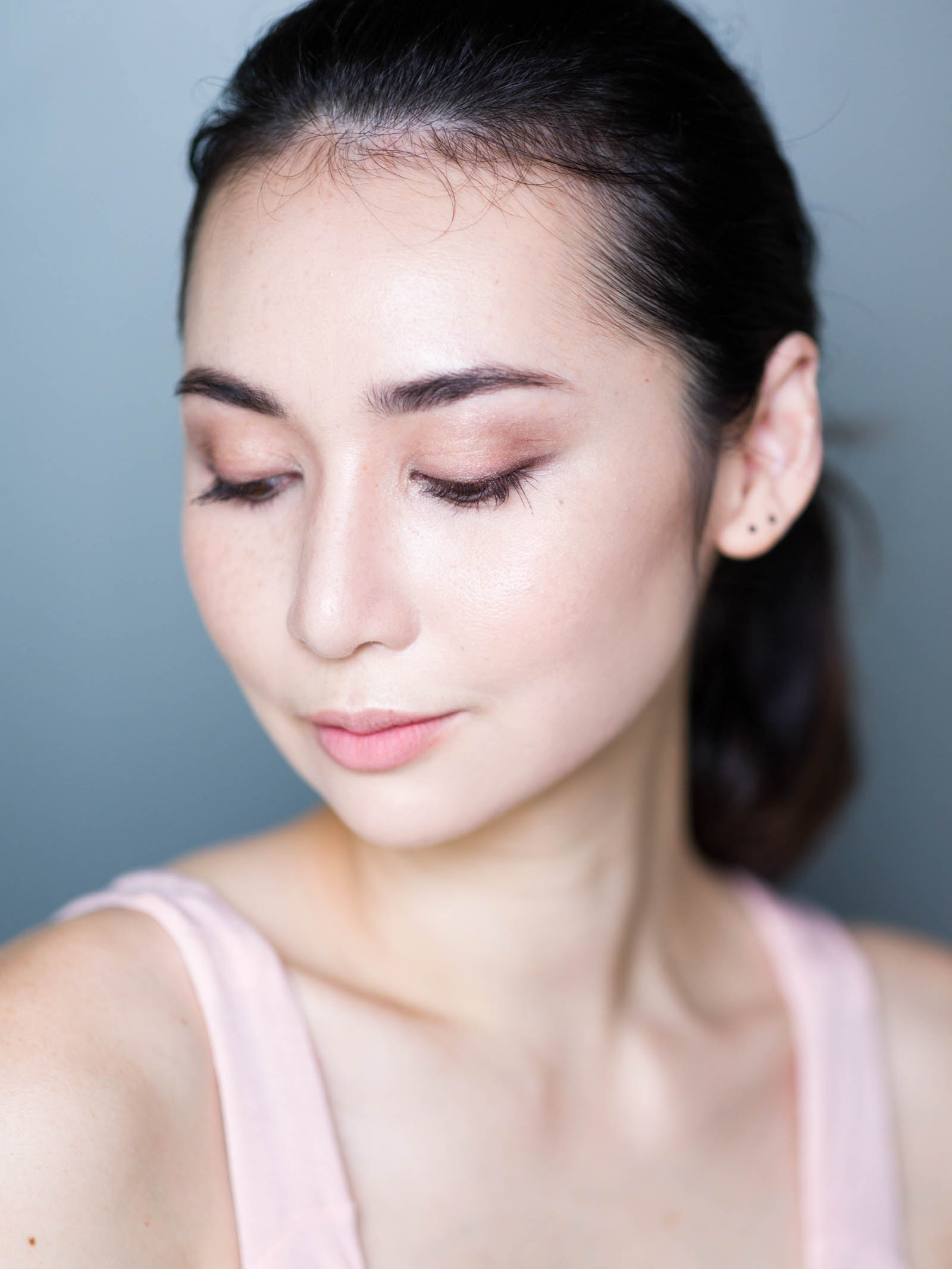 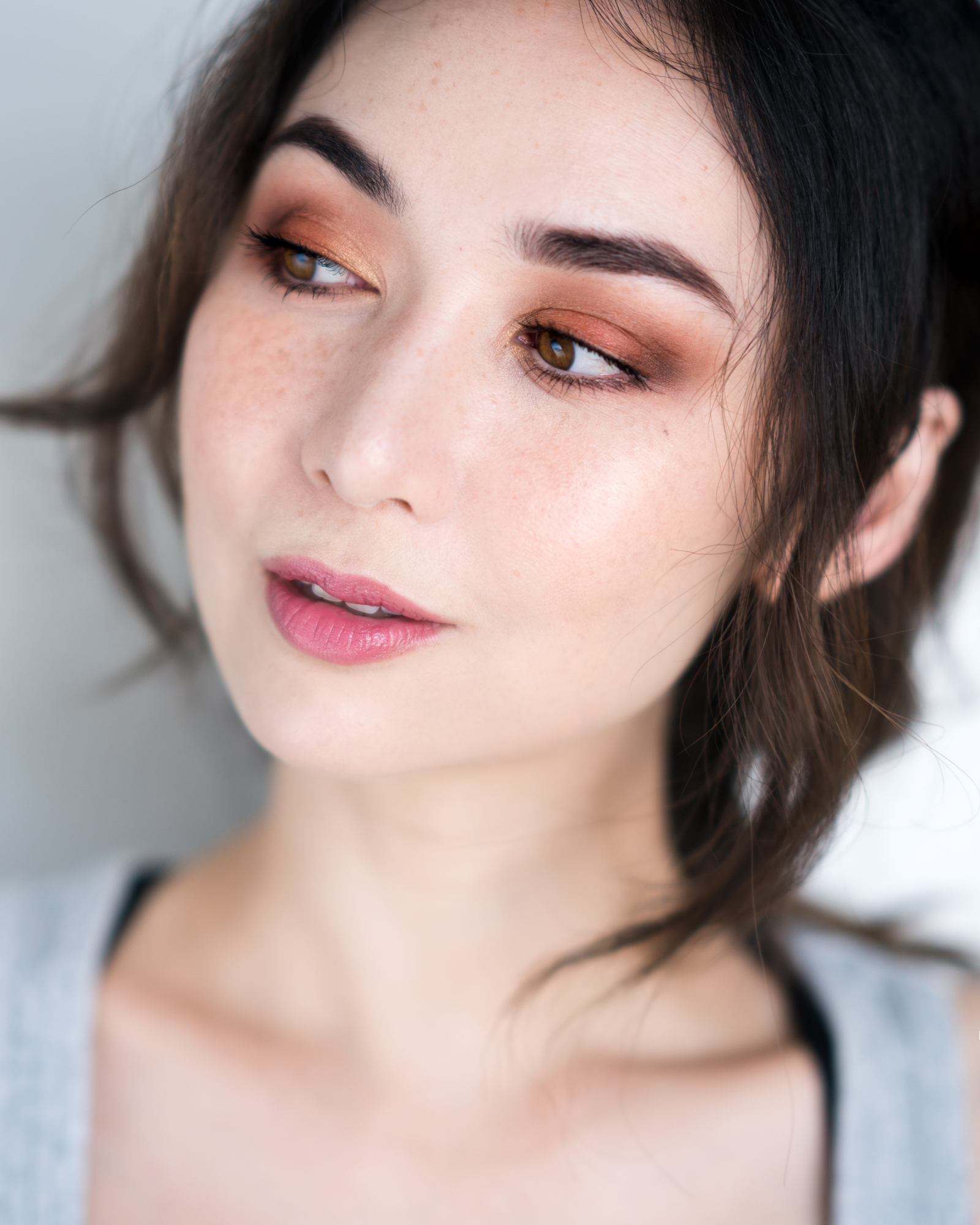 fotd: make up for ever pro sculpting face palette