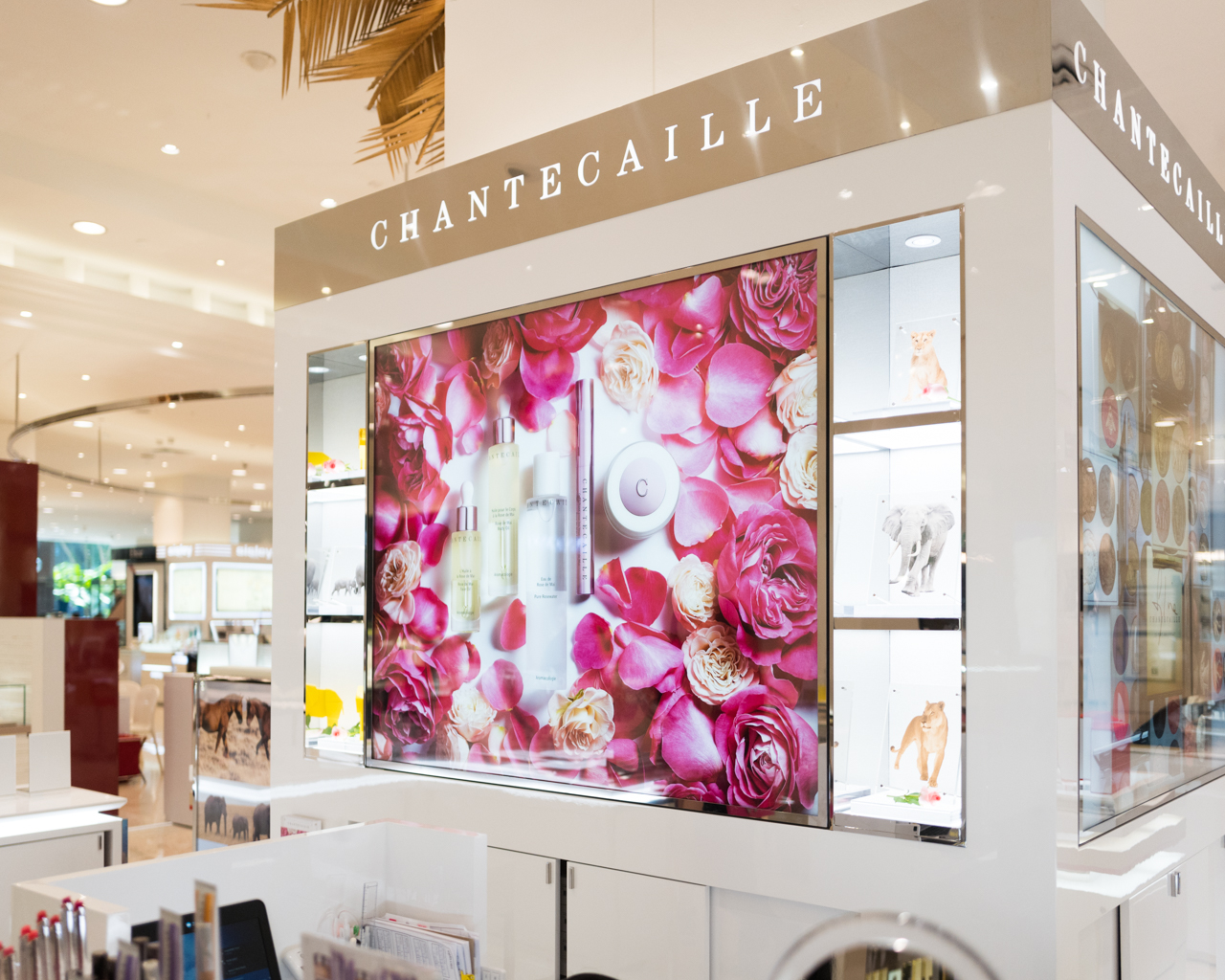 I actually have a deep affinity for Chantecaille, because their potted lipgloss was the first luxury beauty product I ever owned. It was such a treasure to me, then just 12 years old, and even though I was only allowed to wear it on special occasions I’d carry it around with me all the time, even to school. I can still recall the heft of that smooth silver case in my pocket, a totem that somehow connected me to a world bigger and more glamorous than the one I lived in then.

It was strangely affirming to feel life come full circle earlier this week, when I was invited to visit Chantecaille’s newly-opened counter during their official launch. Their potted lip glosses may have been discontinued, but that silver pebble packaging I remember so fondly lives on as a refillable case for their eyeshadows and blushes.

Speaking of blushes, the Philanthropy Cheek Colours were undoubtedly the stars of the launch as they were completely sold out of every shade by the time I arrived at the counter. Like the brand’s special edition eyeshadow palettes, they’re each embossed with an animal motif and represent different animal charities supported by Chantecaille through a portion of the product’s sales. 2018’s 20 Year Anniversary Palette (sold out in stores but still available online via the link) actually benefits two different groups: The David Sheldrick Wildlife Trust and The Lion Guardians. 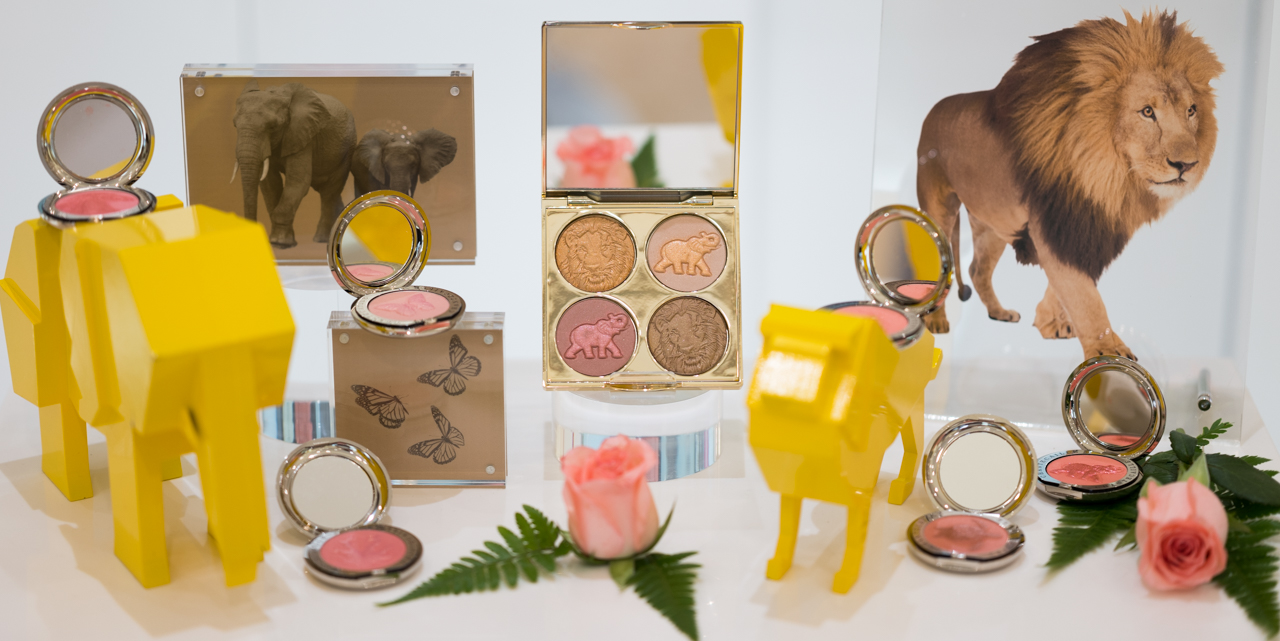 I haven’t owned anything by Chantecaille in years, so it was nice to have an opportunity to reacquaint myself with the brand. I did a lot of swatching. 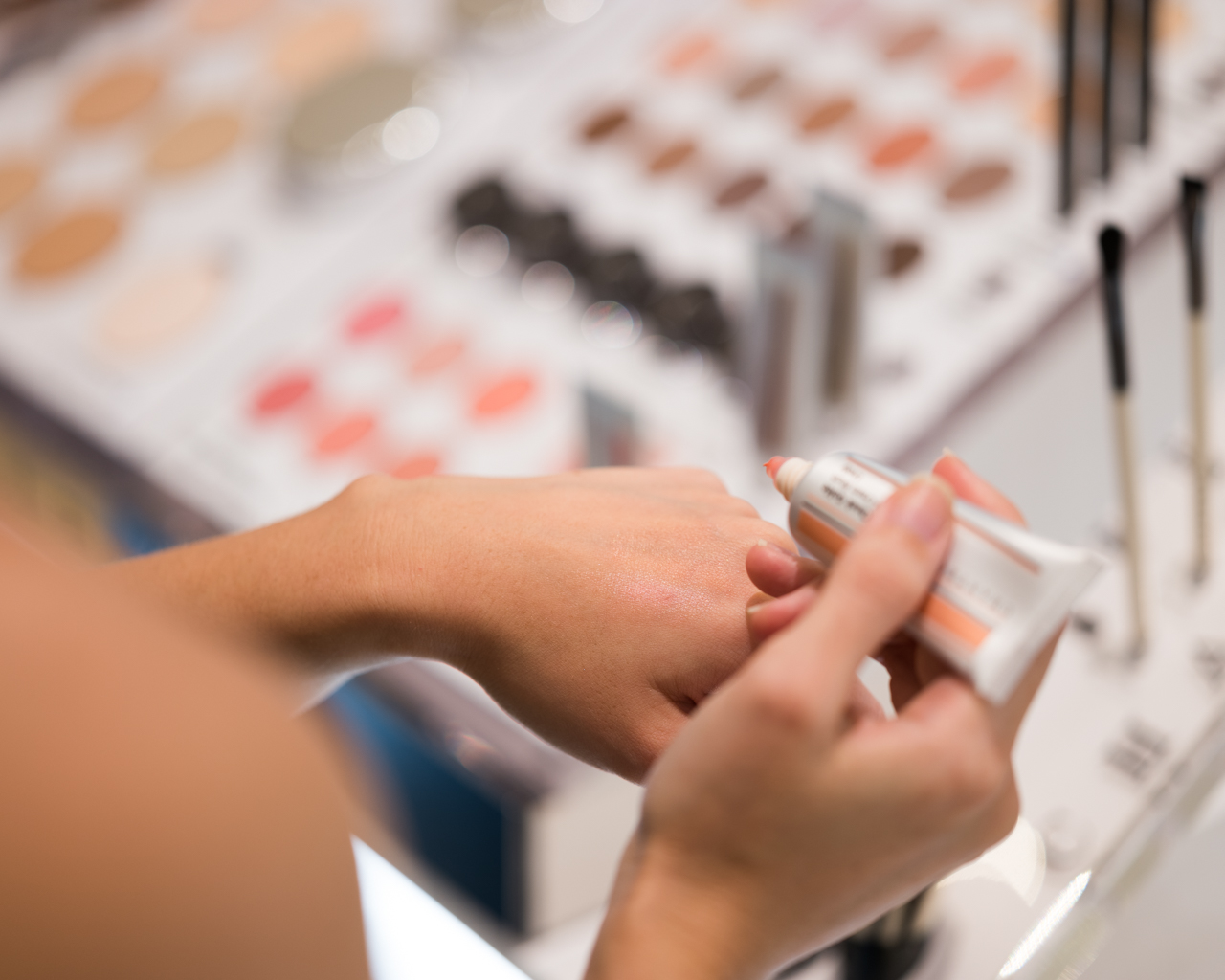 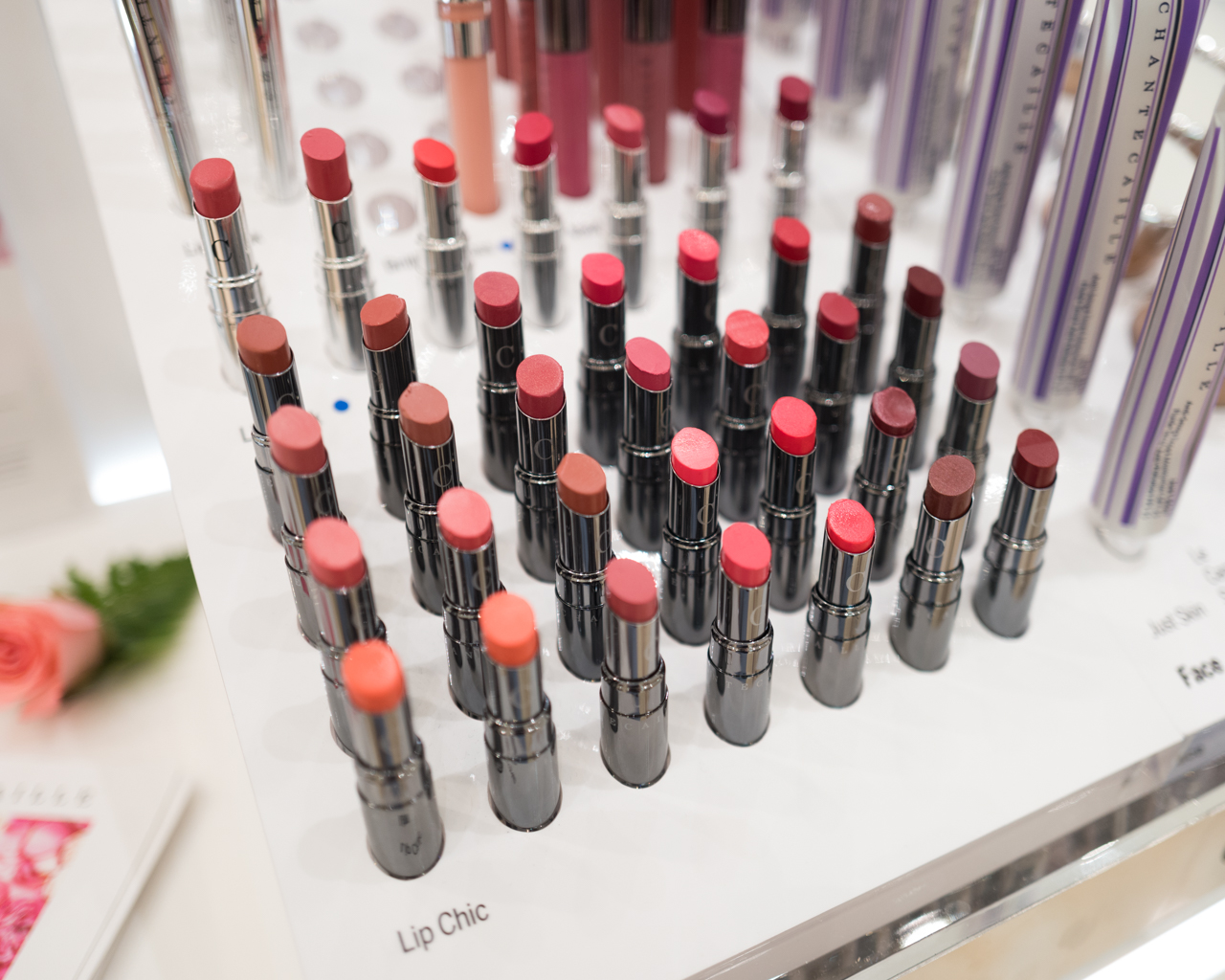 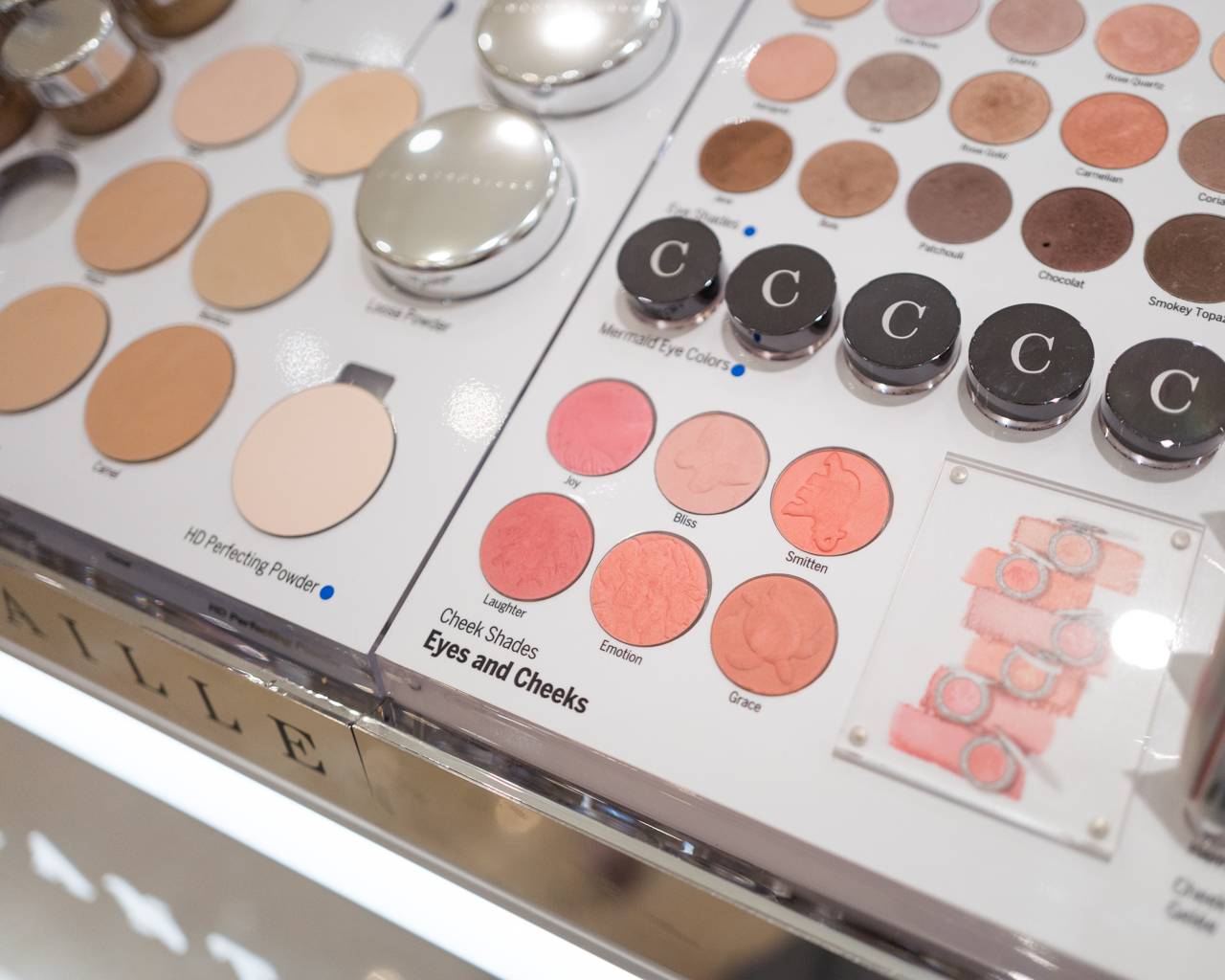 I was especially excited about the Compact Makeup Foundations, because although they only had 6 shades here (out of the full range of 8) one of them was a true-olive. Anyone with olive undertones knows that this does not happen very often, and it’s a huge deal to find a pressed powder allegedly designed for my skin tone that isn’t actually yellow, or pink, or orange. I’m fairly certain the staff caught me wiggling in happiness.

As you can see, Bamboo matched my skin (MAC NC15, Make Up For Ever Y225, Kevyn Aucoin SX03) so perfectly that the swatch was almost impossible to photograph. If you are olive like me, all I can say is: run down’t walk. I’m almost certain this is going to be another product that’ll sell out pretty quickly.

Despite the blushes being unavailable, I swatched them…

…and got to try them on thank to Harvey Tsao, Chantecaille’s International Makeup Artist who was in town for the launch. He very graciously give me a flash-makeover by dusting Smitten on my cheeks, Laughter in the creases of my eye sockets and applying Wisteria on my lips. 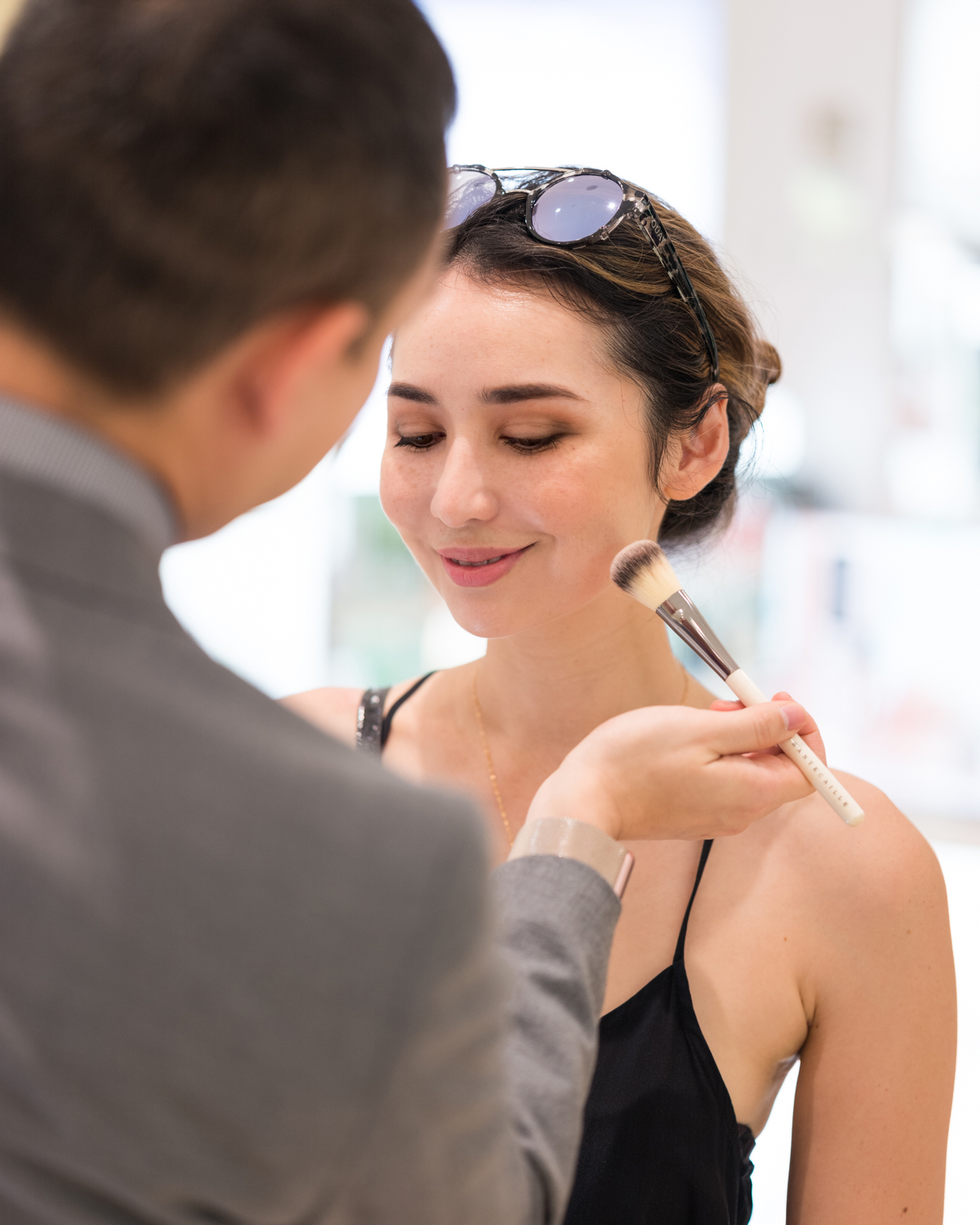 By the way, the cheek color lasted really well all day. Though I blotted, powdered and added winged liner, I didn’t feel the need to touch up my blush when I left the house to meet friends that evening, some 8 hours after this application. Looks like I’ll have to make a return trip when they’re back in stock!

Chantecaille Singapore is located at: 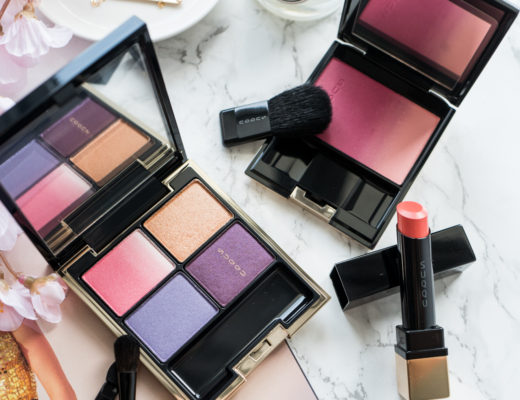 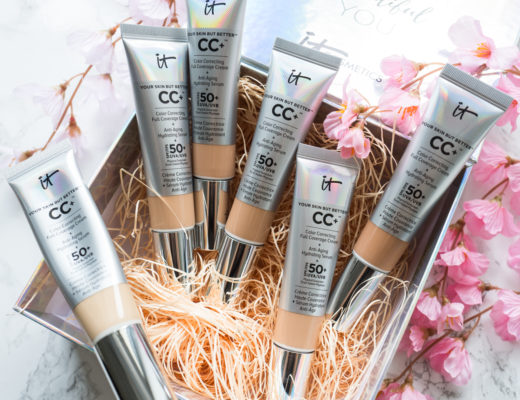