an introduction to suqqu eyeshadows

I love Suqqu eyeshadows. I only discovered them a few months ago, so I’ve been making up for lost time by wearing the heck out of the quads I bought while I was in Tokyo. If you’re already a fan as well, feel free to skip this post. If you haven’t heard of Suqqu however, don’t feel too bad. Just read on! 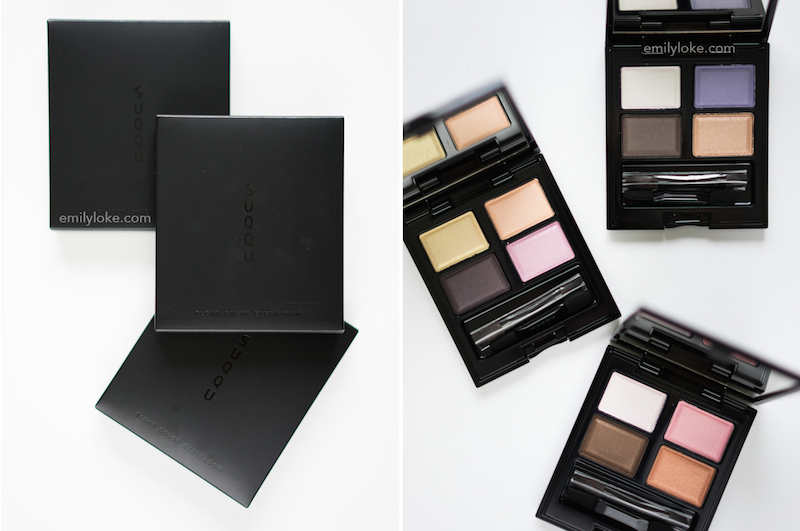 I initially discovered Suqqu through an online makeup forum. It was the hype that intrigued me the most – so many women speaking so highly of this brand that I’d never heard of in my life? I thought I was pretty tuned in to makeup trends, but this felt like I’d opened a door to a whole other dimension. The way some people went on about this stuff, you’d think it was made from ground-up unicorn horns or something.

To compound the issue, the photos posted alongside these raves were so…lacklustre. I mean, the women themselves looked lovely, but these heartily-worshipped eyeshadows barely showed up in pictures. More often than not it just looked as though they were wearing a sheer wash of shimmer on their lids. To someone more used to seeing bold smokey eyes or punchy cut-crease looks a la Instagram, the amount of praise heaped upon Suqqu products was a mystery.

So I made a point to visit a Suqqu counter on my next trip to Tokyo and unravel said mystery for myself. Lo and behold, the second I swiped my finger across the shadows, a lightbulb went off.

The texture of the eyeshadows was like nothing I’d encountered before. They were – for lack of a better word – silken. Soft but not powdery, smooth but not slippery, and endlessly blendable. I wouldn’t be exaggerating to names these the finest eyeshadow I own. 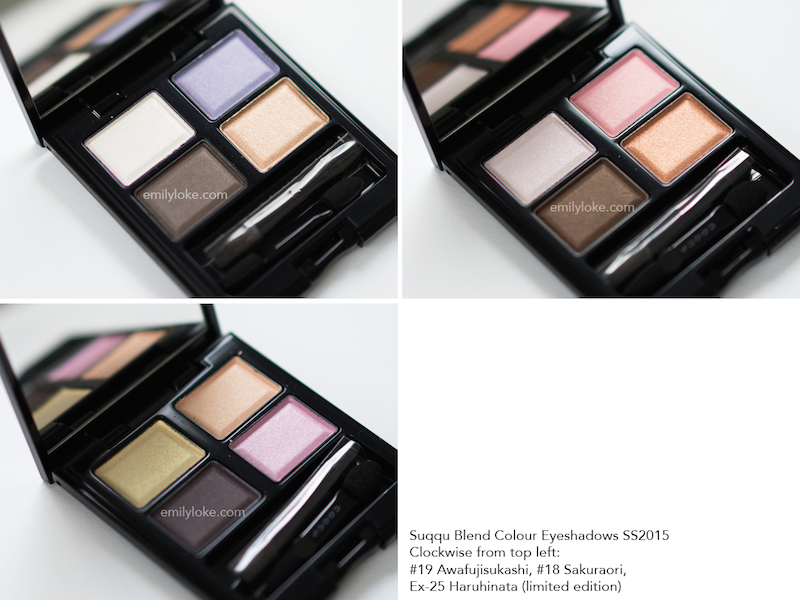 Speaking of blending, the full name of this range is actually “Suqqu Blend Colour Eyeshadow”, which makes a lot of sense because the magic of these shadows is their ability to blend together and create completely different colours from what you see in the pan. Layered, there is a truly beautiful depth and complexity to them that is difficult to describe…or accurately photograph, for that matter. In that sense, they are really a eyeshadow connoisseur’s eyeshadow; something you’d use for the sheer pleasure of it, rather than to have it be noticed by others.

That isn’t to say they’re only meant to be worn discreetly. Though it seems most people enjoy the subtlety of Suqqu eyeshadow, it’s easy to coax bolder looks from these quads with the right application techniques. This is me wearing #19 Awafujisukashi, with all 4 colours pretty much layered over one another – see what I mean about depth and complexity? Look at those multi-coloured reflects. 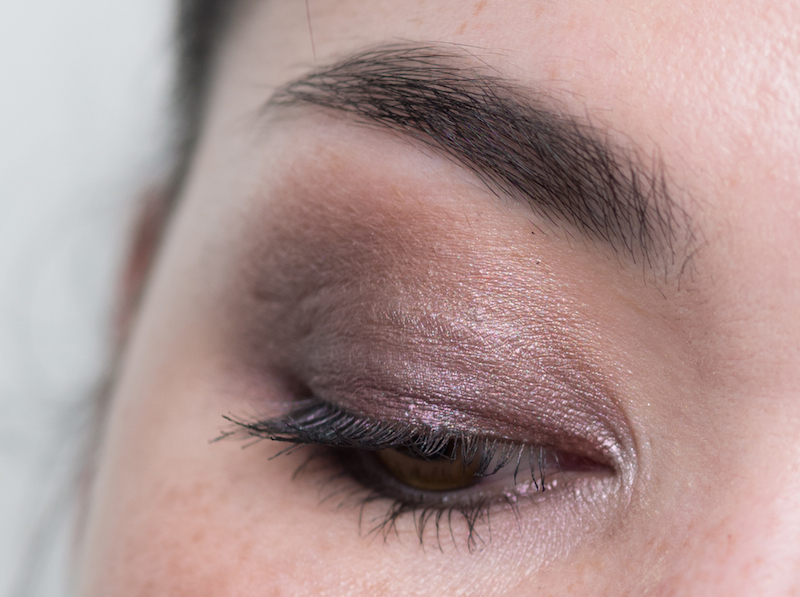 Ultimately, these aren’t the shadows you want if you’re into precisely shaped, highly saturated eye looks, but if you love that soft, blended out effect then it’s definitely worth giving Suqqu eyeshadows a chance. I would actually recommend them to eye makeup novices – the texture of these shadows makes for such easy layering and blending that it takes a lot of the work out of creating polished eye makeup.

If you’re still with me, thank you for reading all the way to the end of this! You can see the looks I’ve created with SUQQU palettes here.

Suqqu is currently only available in Japan, London and Bangkok but you can purchase their products online via Selfridges (which ships internationally). 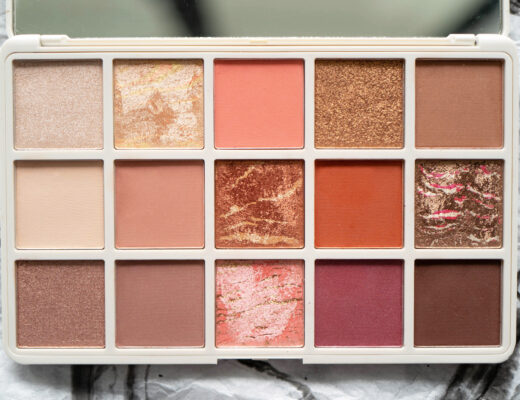 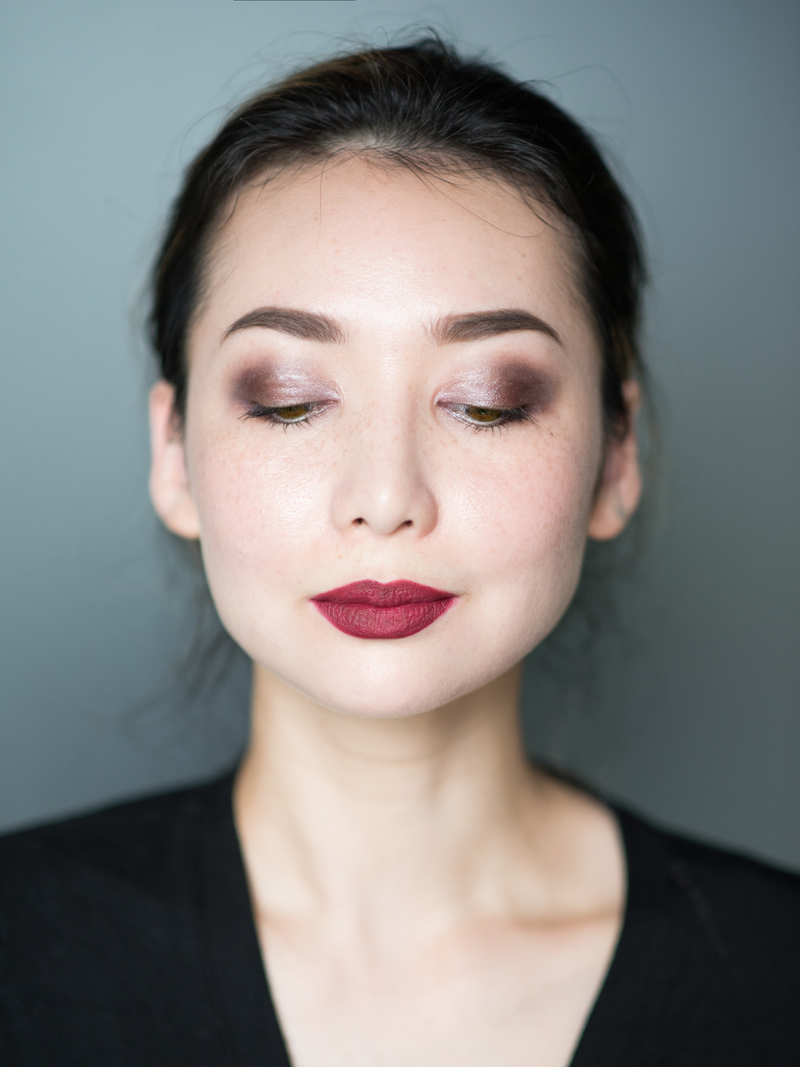 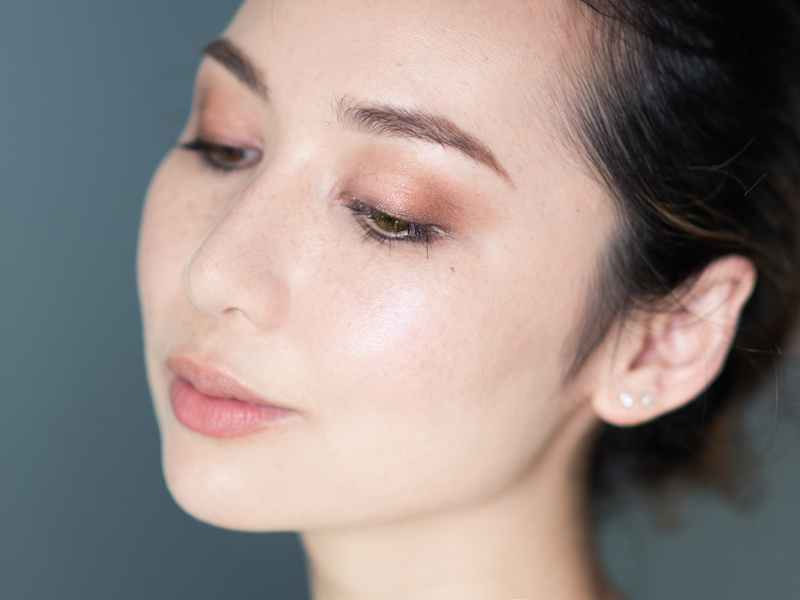