If you asked me what my most-used eyeshadow palette of 2019 was, I probably wouldn’t be able to tell you. I enjoy rotating though my makeup regularly – if not always evenly – so out of habit I almost never never reach for the same shadows twice in a row.

All that went out of the window this year this year when we upped and left for New Zealand just before the whole world went into lockdown. I spent over a month with just the bare minimum of makeup in my travel kit, so of course the second I was able to I beelined for Mecca Cosmetica (the antipodean equivalent of Sephora). Their in-house range is not a brand I’m very familiar with, so it was mainly out of curiosity that I decided to pick up the Mecca Max Dream Queen palette. I figured I couldn’t go wrong with something priced so reasonably, especially since it boasted a large mirror, beautiful warm colours, AND the ability to be used both on eyes and cheeks. Score! 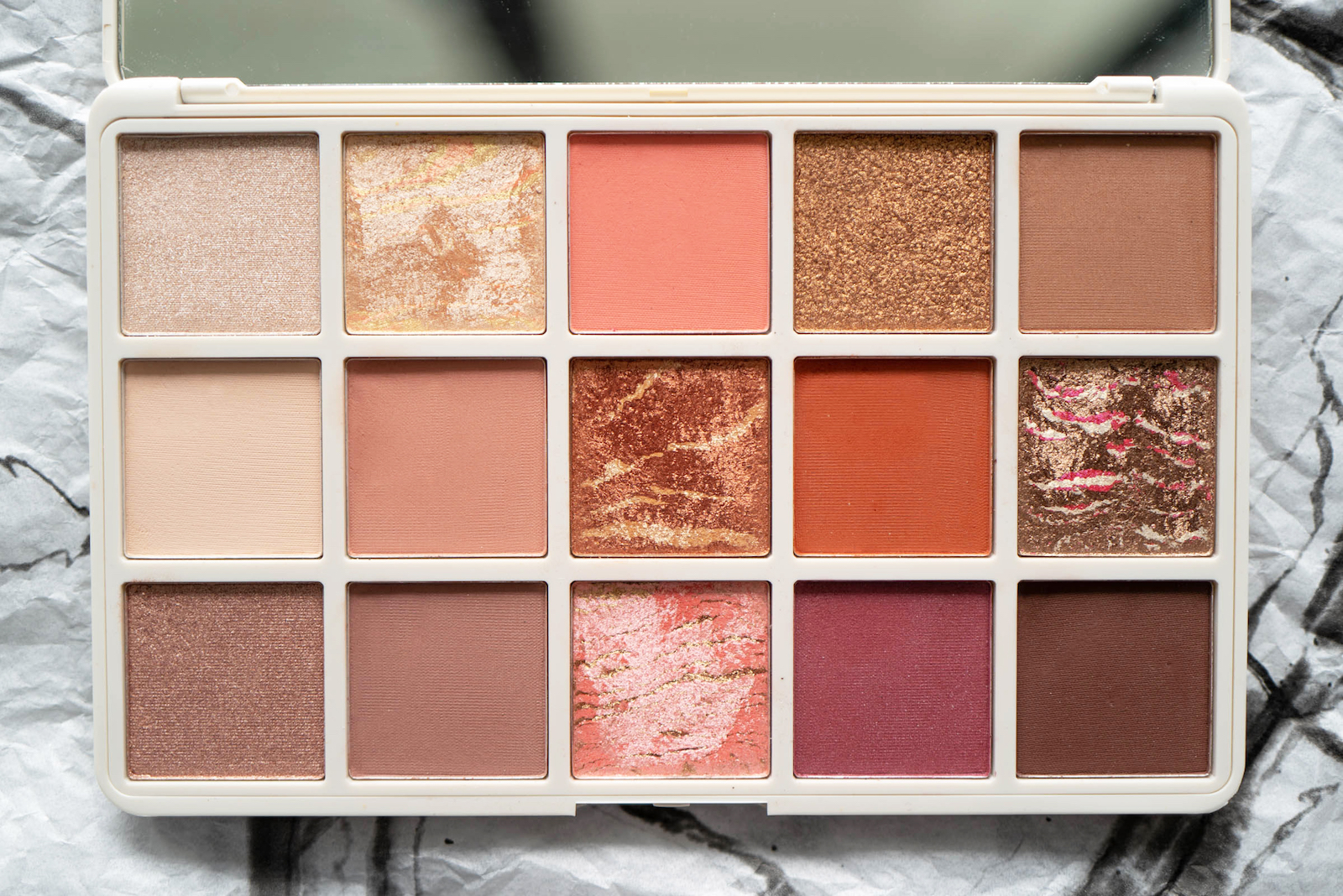 While Mecca can arrange international shipping by special request, it’s still a bit of a clunky process and not nearly as immediately gratifying as we all want makeup shopping to be. So for those of you who aren’t able to get your hands on this palette, here is a comparison between the Dream Queen palette and NARS Afterglow (which is hopefully easier to track down).

The pigmentation and textures of Dream Queen are, on a whole, much better than what I anticipated for the price. The colour payoff does vary between pans, but that’s pretty standard if not downright excusable considering some of these colours were designed primarily for use as blush/highlighter. 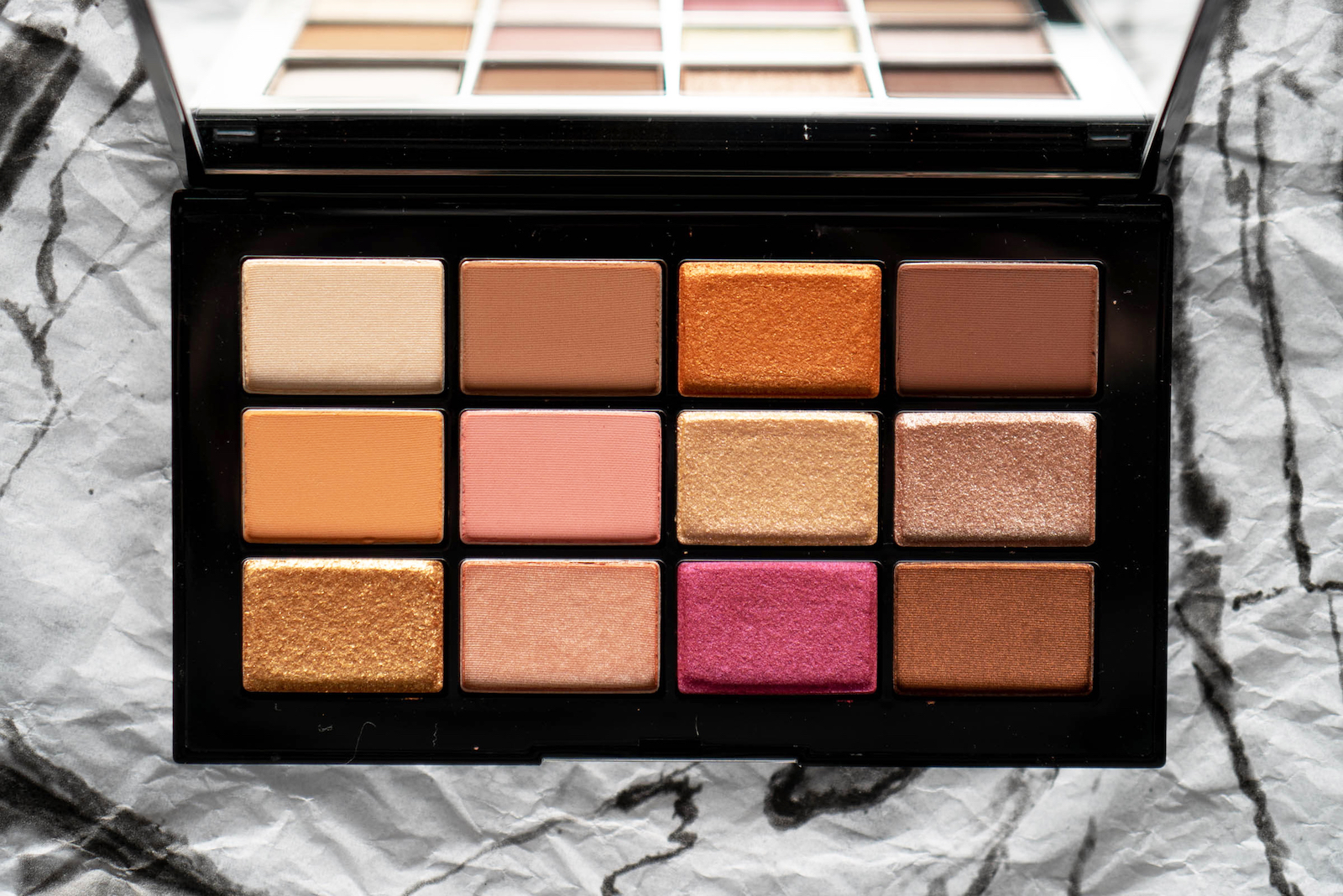 Afterglow, intended only to be an eyeshadow palette, is understandably smaller. It’s also double the price but if you’re an eyeshadow geek like I am, I think you’ll find it worthwhile for the textural variety alone. Every single shadow blew me away in swatches, and performed brilliantly on my eyes. But I’ll get to that in a bit. First, here are the swatches from both palettes…and a bonus! Initially I was only going to compare this with Afterglow, but considering it’s limited edition I thought I’d also swatch a comparable permanent palette too. Just like Dream Queen, Urban Decay’s Born To Run has loads of warm shades including similar terracotta, coral and purple hues.

Although the Born To Run palette includes more shades than these, I just chose not to swatch the cooler ones so that it would be a better comparison. Also, I only have two eyes (shocker, I know) so my FOTD comparison ended up being just between the Afterglow and Dream Queen palettes. 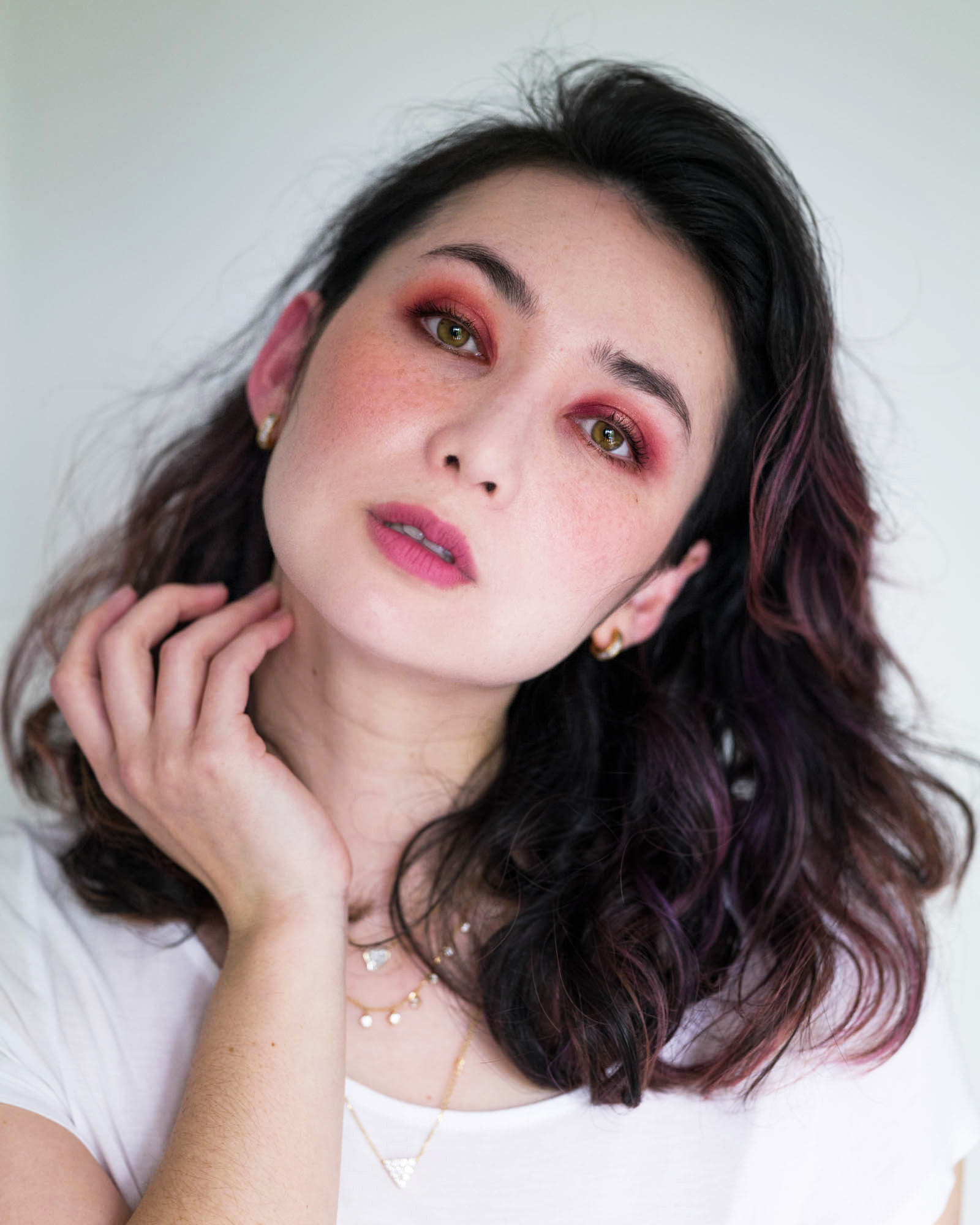 On my eyes, the Afterglow shadows (photo left) were extremely vibrant right out of the gate and somehow managed to maintain their individual hues without turning muddy when blended. The Dream Queen shadows (photo right) did not perform as well when I first applied them using the exact same brushes and technique as the Afterglow ones. What you see here required twice the effort of the Afterglow side, and was the result of many layers of colour slowly and deliberately built up with smaller brushes.

It’s very hard to make out in photos, but due to the finer and more varied textures in the Afterglow palette, I found that eyeshadow look to have more depth and complexity that – again – came quite effortlessly. The kicker is that while the Dream Queen palette is less visually elegant in practical application, the contrast created by the straightforward matte vs shimmer finishes actually photographs better. 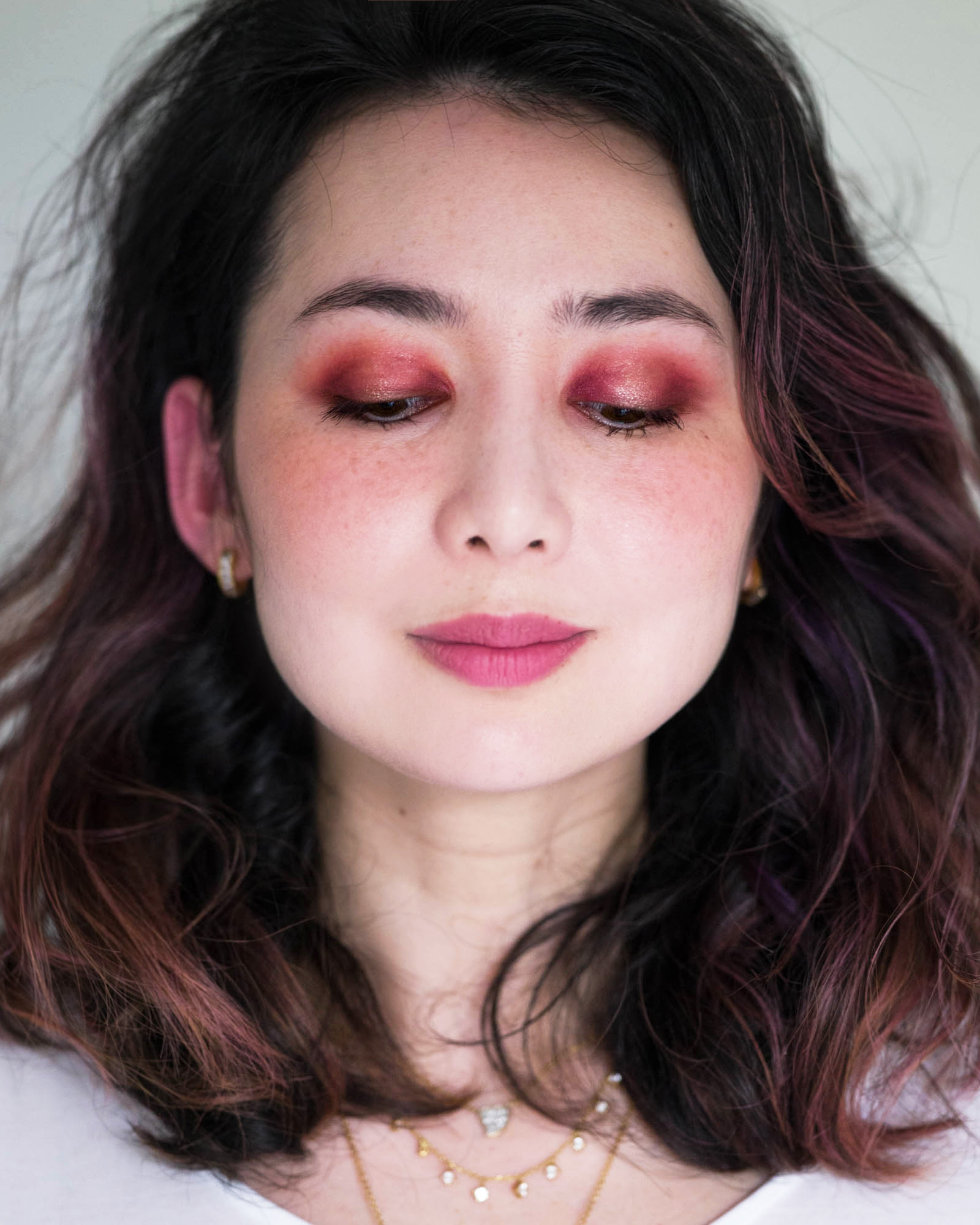 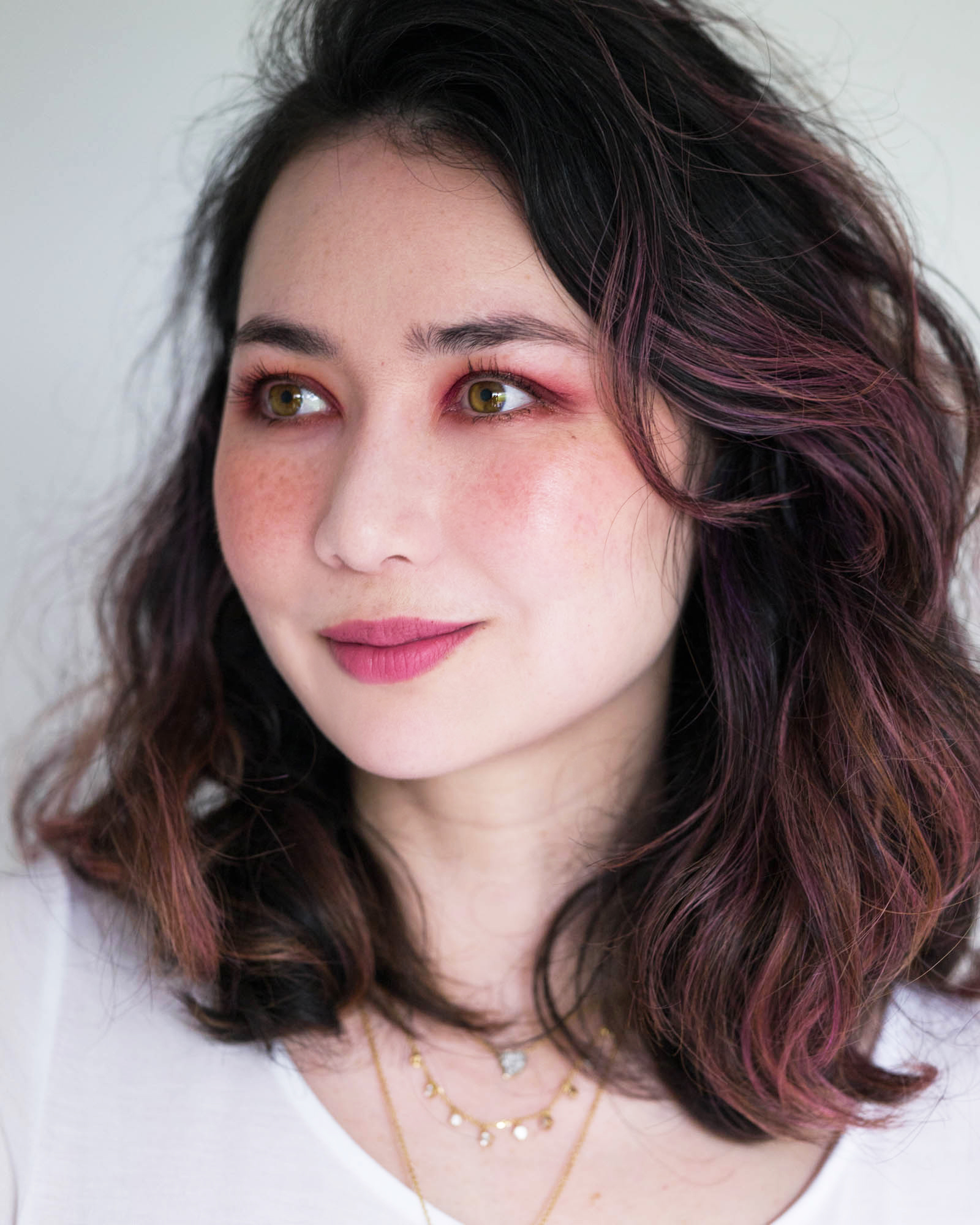 I hope this review was was helpful – I’m so out of practice that it took me several days to put it all together, and even now as I’m wishing I’d done a better job on the photos. Aurgh! 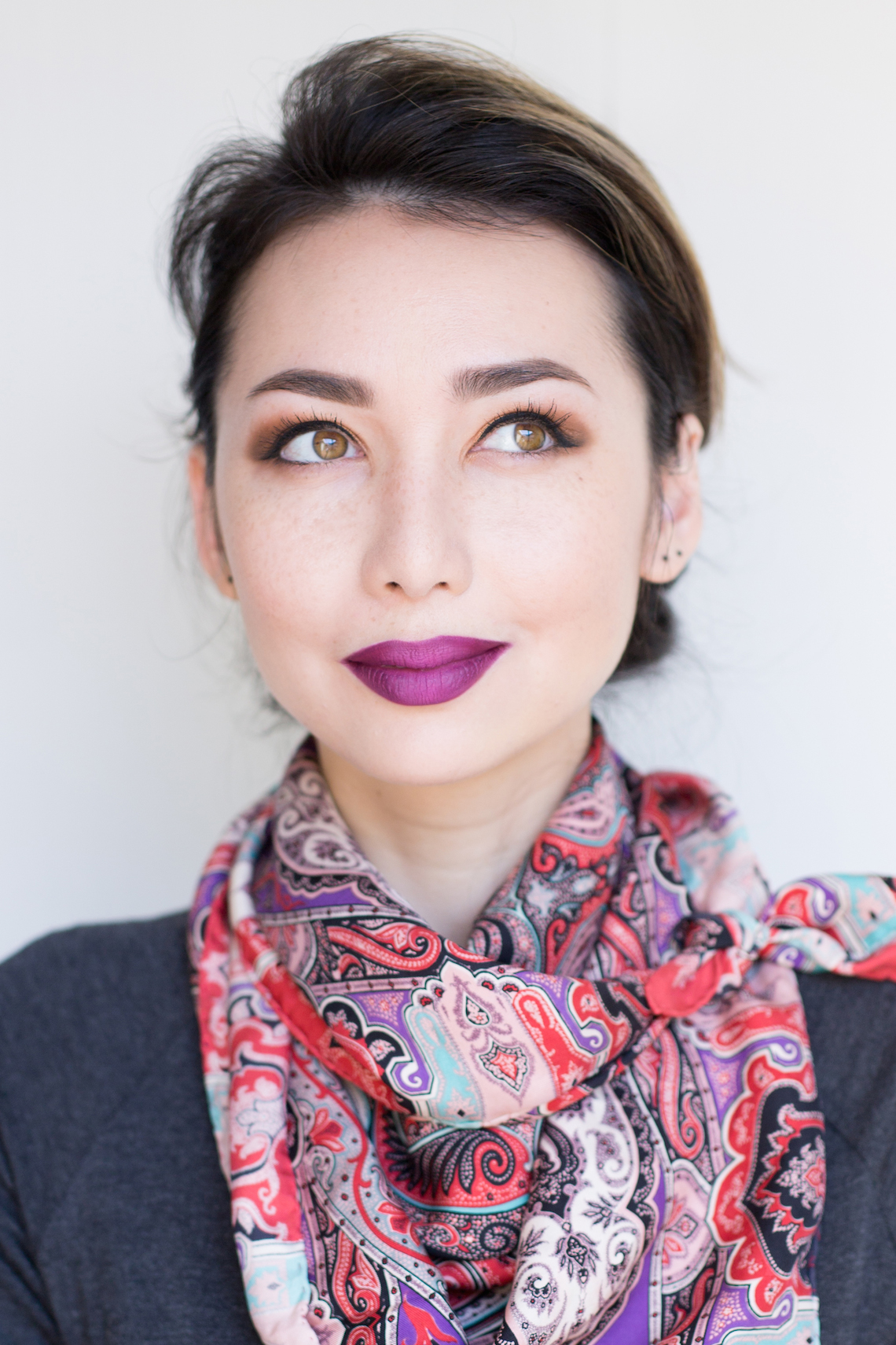 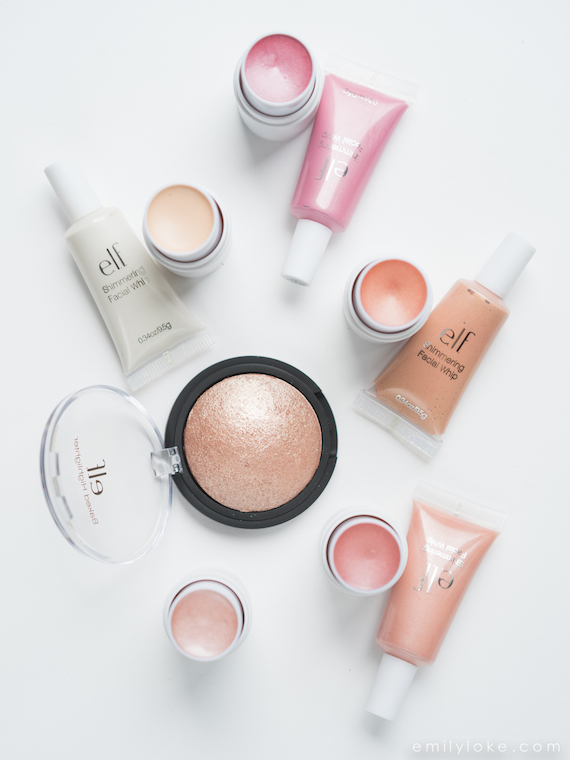 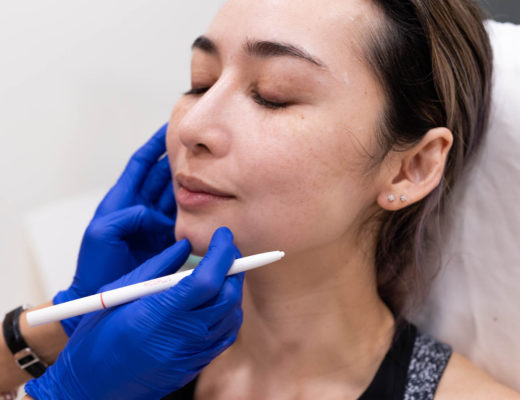 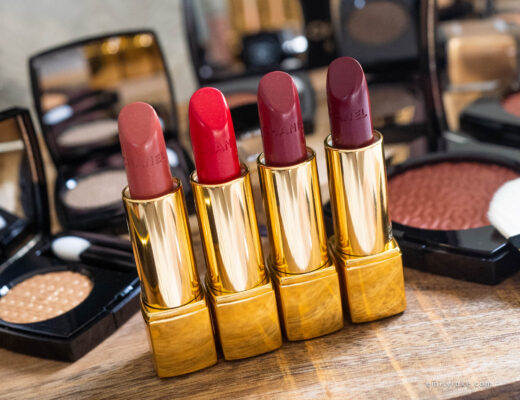